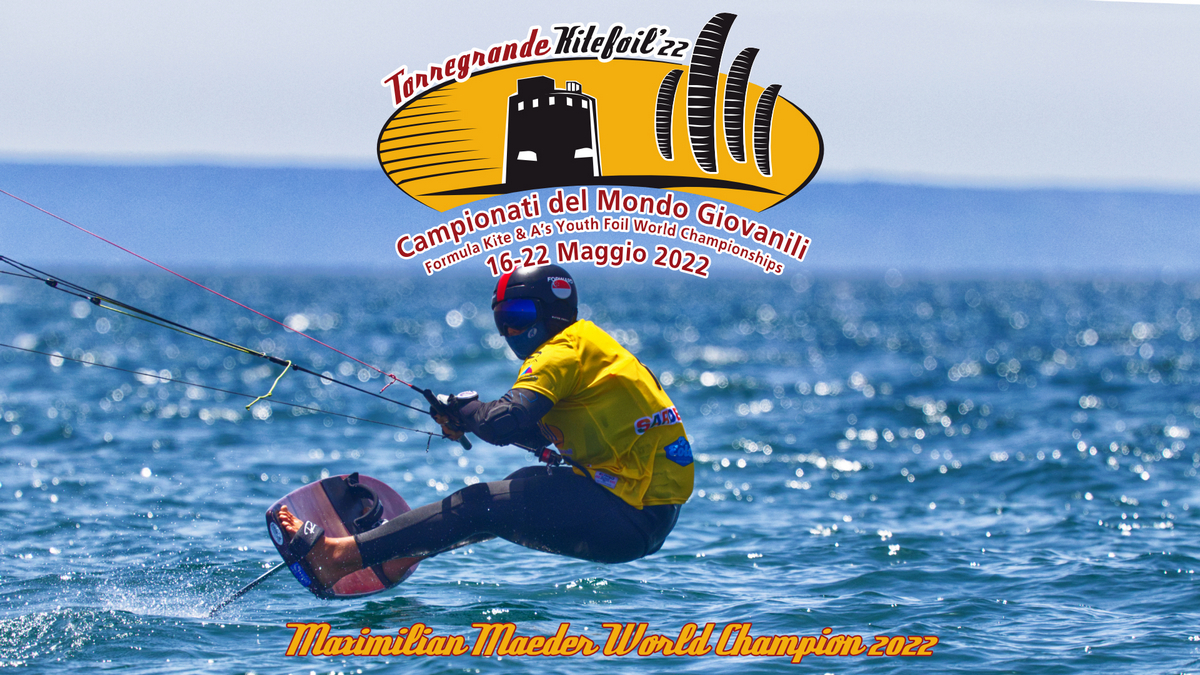 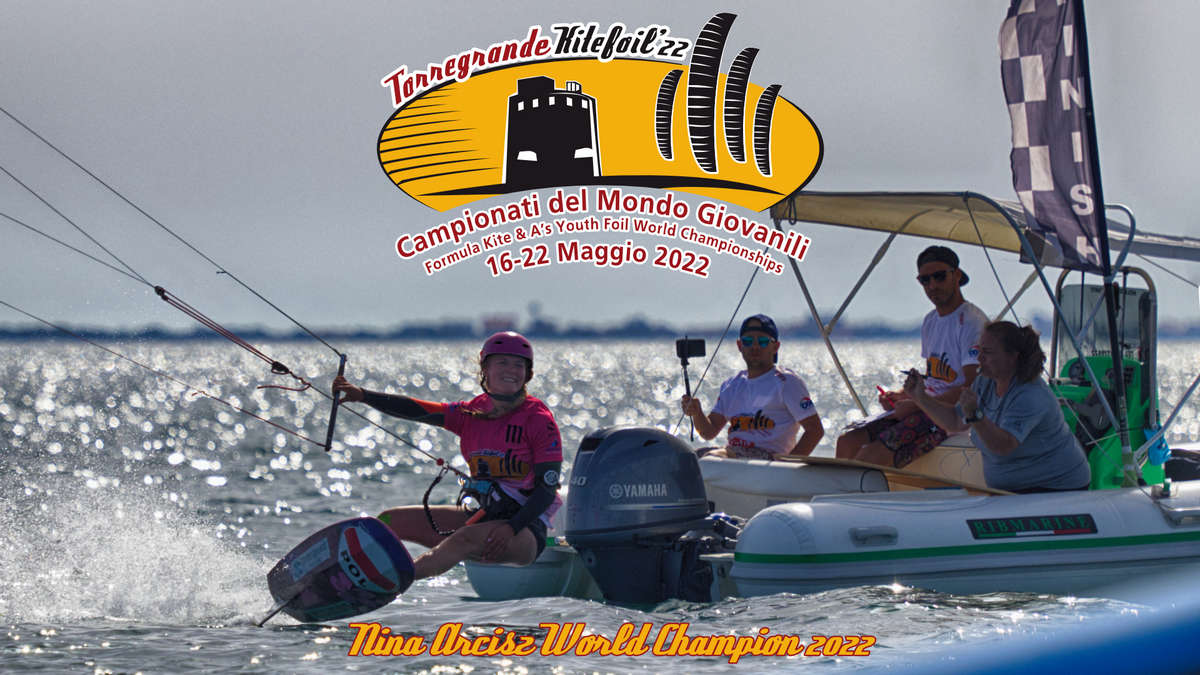 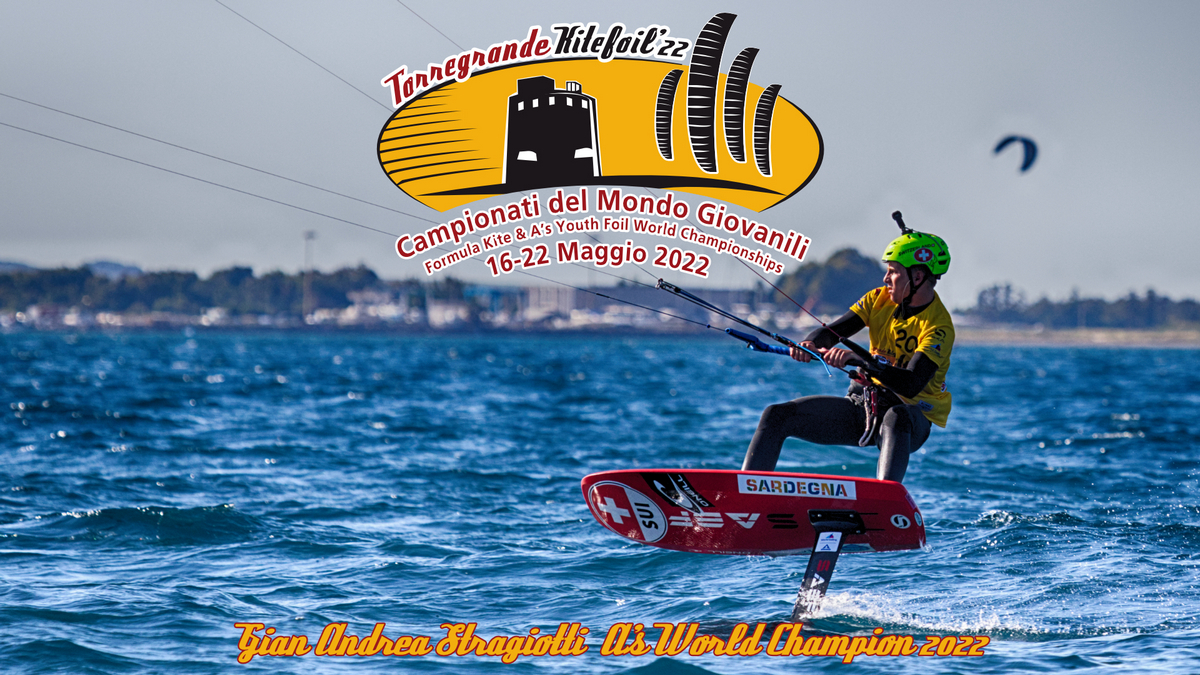 He was the favourite in the U21 category, Singaporean athlete Maximilian Maeder won gold at the Formula Kite Youth World Championship 2022. Behind him the silver medal of the Chinese Qibin Huang, bronze medal bronze for Italy with Riccardo Pianosi. Among the women the battle was very close, gold for the athlete of the Team Poland’s Nina Arcisz, silver for Israel’s Maya Ashkenazi, bronze for France’s Heloise Pegourie. A great Sofia Tomasoni of Windsurfing Cagliari concluded the regattas with an extraordinary performance coming close to the podium.

For the A’S Youth, which includes the athletes between U15 and U17, the Swiss Gian Andrea Stragiotti, followed by team Poland with Jan Koszowski and Jakub Balewicz.

Here are the rankings: https://formulakite.org

Eddy Piana, organiser. “We continue to work for these great events, the youth edition of the Formula Kite World Championship 2022 confirms Torre Grande a location that can and must focus on the great sport. I thank the great Aeolus team for the enormous work done not only in this week of world regattas but also for the support in the previous months.”

Mirco Babini, President of the International Kiteboarding Federation IKA and President of CKWI (National Kiteboarding and Wingfoil Class). “Yet another success for the world championship Youth Formula Kite World Championship that has just finished in Torre Grande. The races between the semi-finals and finals were The races between the semi-finals and finals were full of suspense: in the men’s regattas, China’s Qibin showed an excellent level even in light wind, beating Pianosi against Pianosi, an Italian who nevertheless won bronze. Max Maeder confirmed himself as champion of the world champion. The semifinals saw Sofia Tomasoni really concentrated on entering the final phase where she fought to the very end for the podium, unfortunately for a mistake she finished fourth. Incredibly, the victory remained in the hands of Poland, but this time with a great Nina Arcisz.”

Sergio Cantagalli, sports director. “This is yet another great success that crowns the Gulf of Oristano and Torre Grande, once again we have brought home a great success. Being able to complete the race programme of the event itself was a great satisfaction for us. We worked at full full pace with the IKA international team, demonstrating our organisational value, confirming our standard of work, always at a high level. Thank you all and see you on the next adventure.

previous
Towards the finals
next
A's Youth Foils Ranking