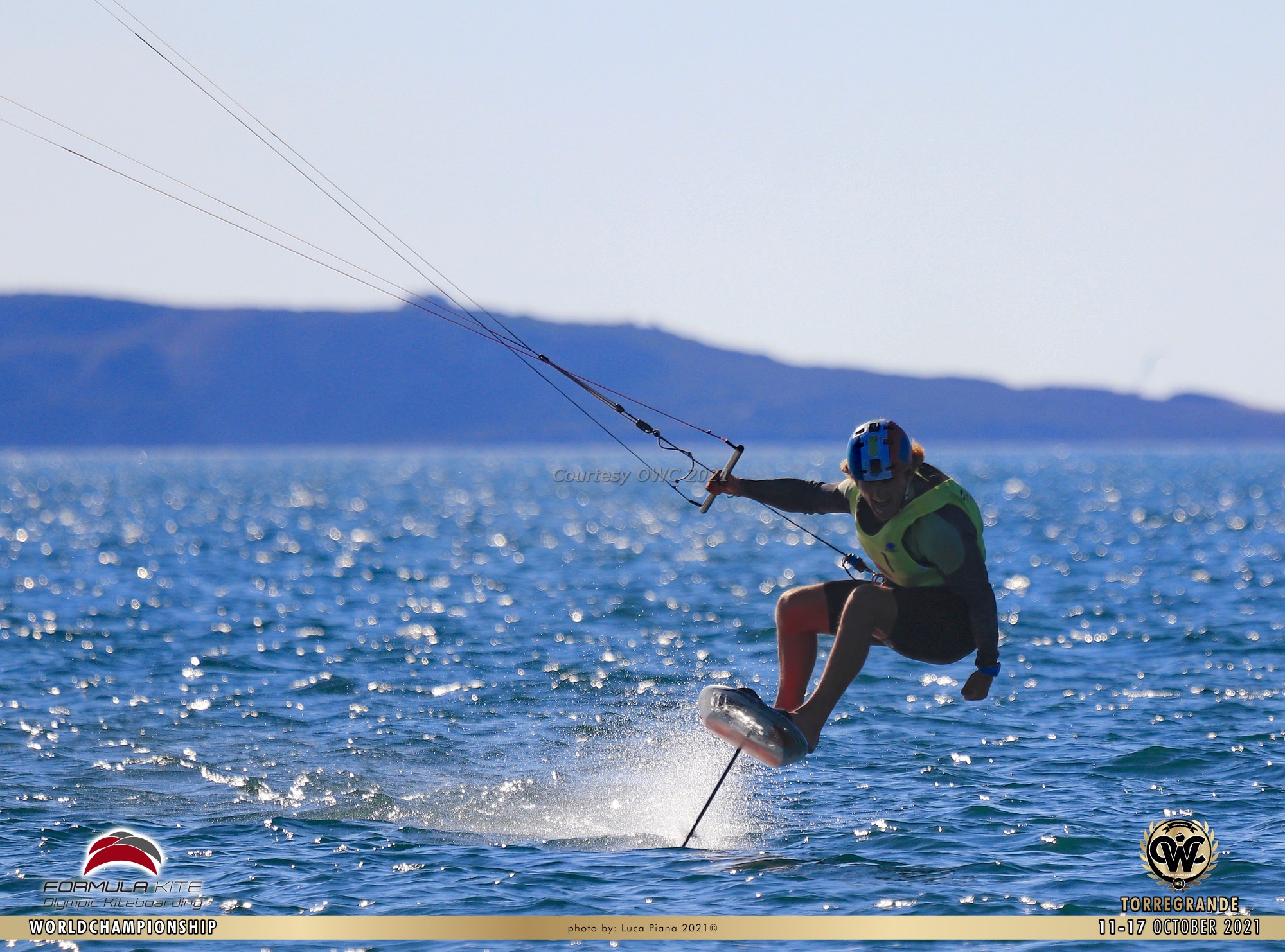 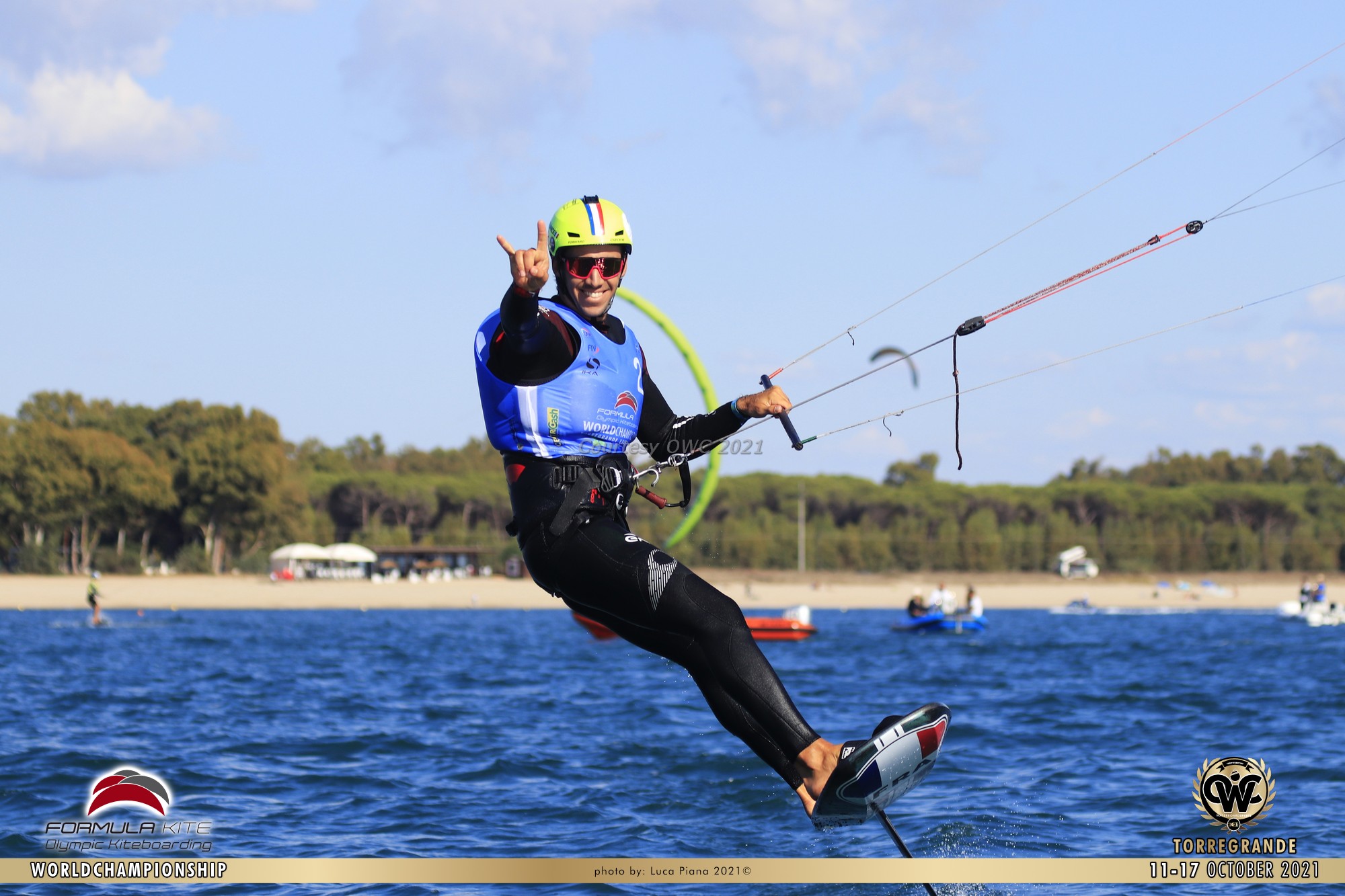 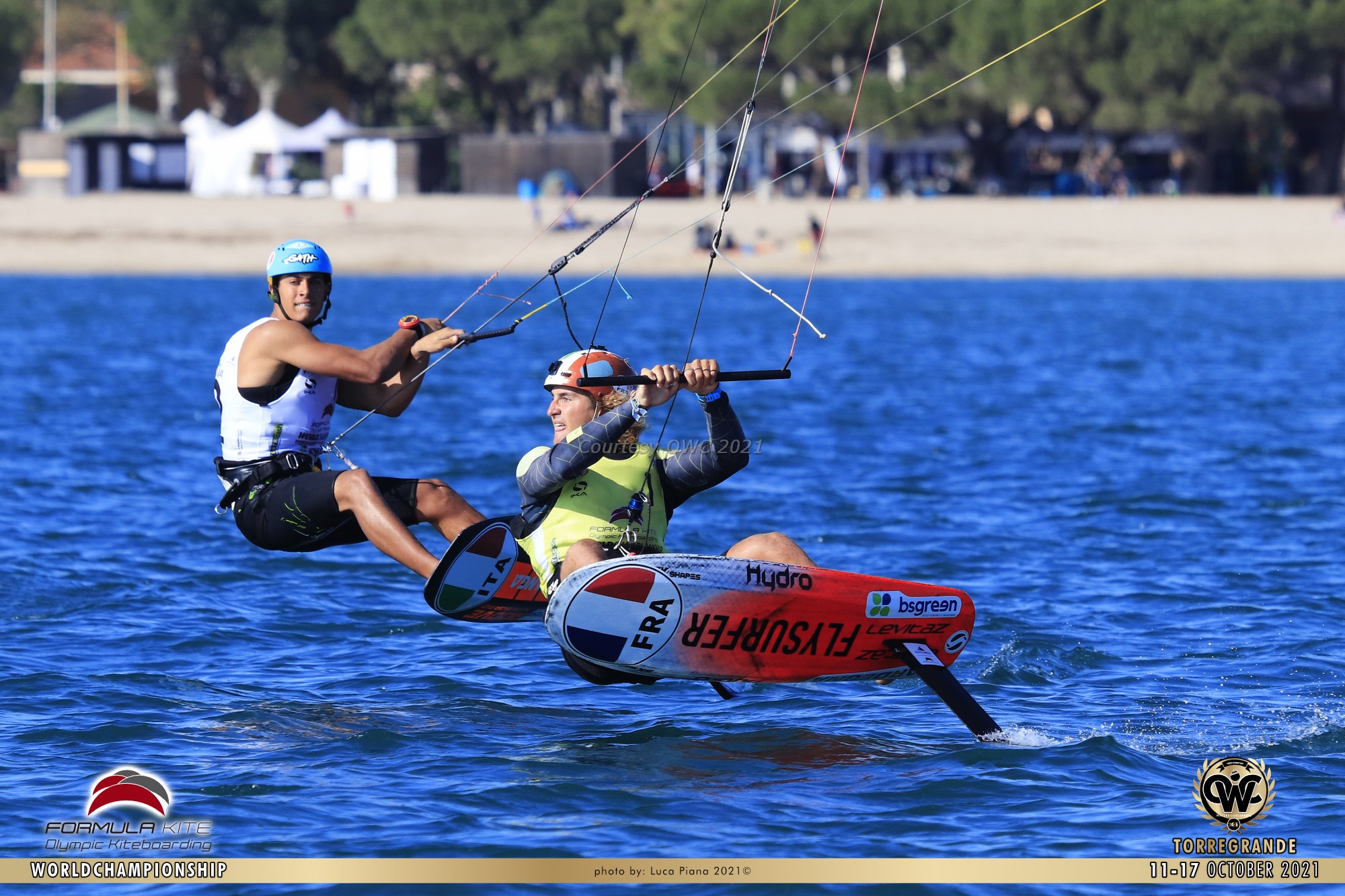 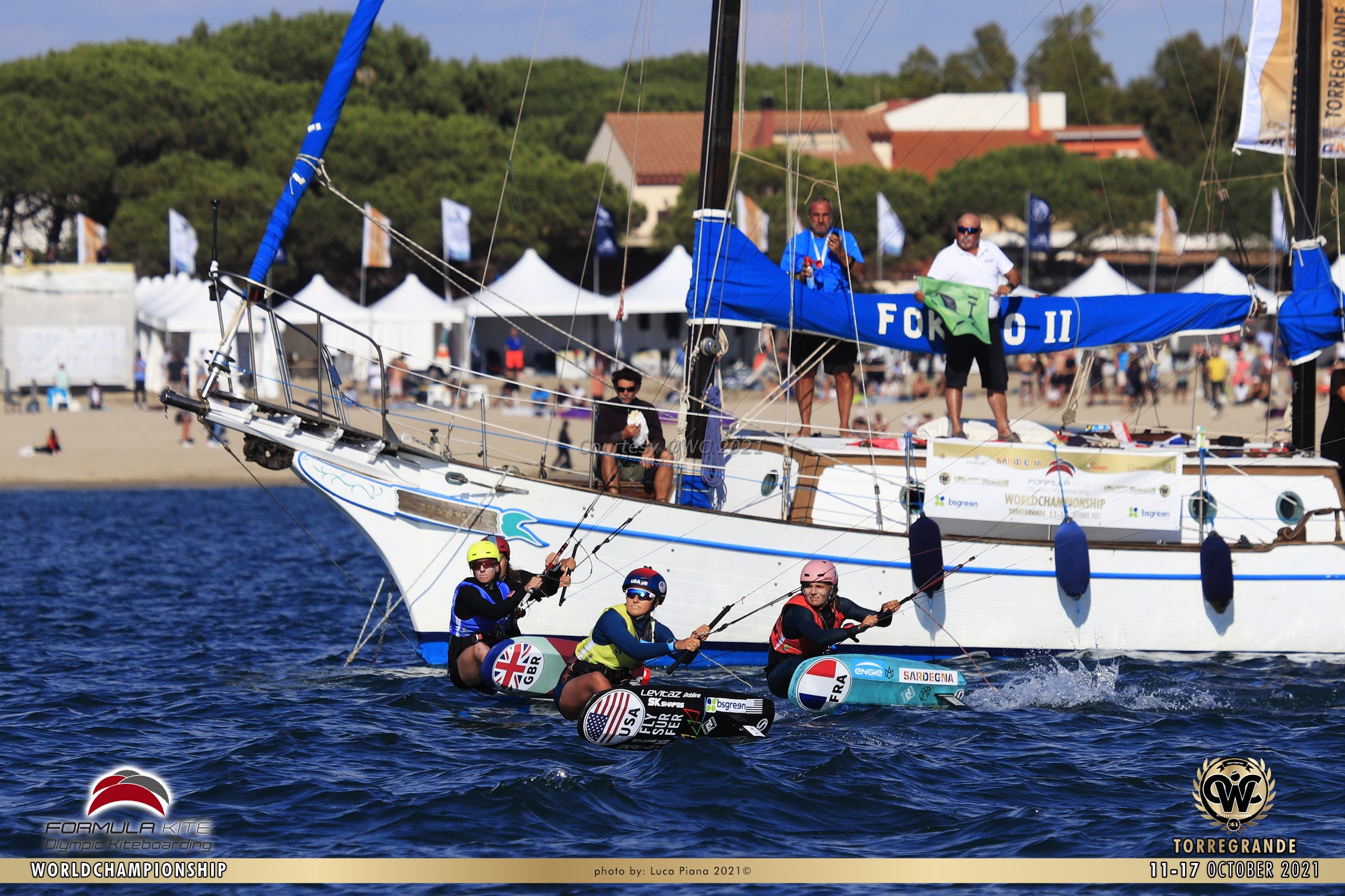 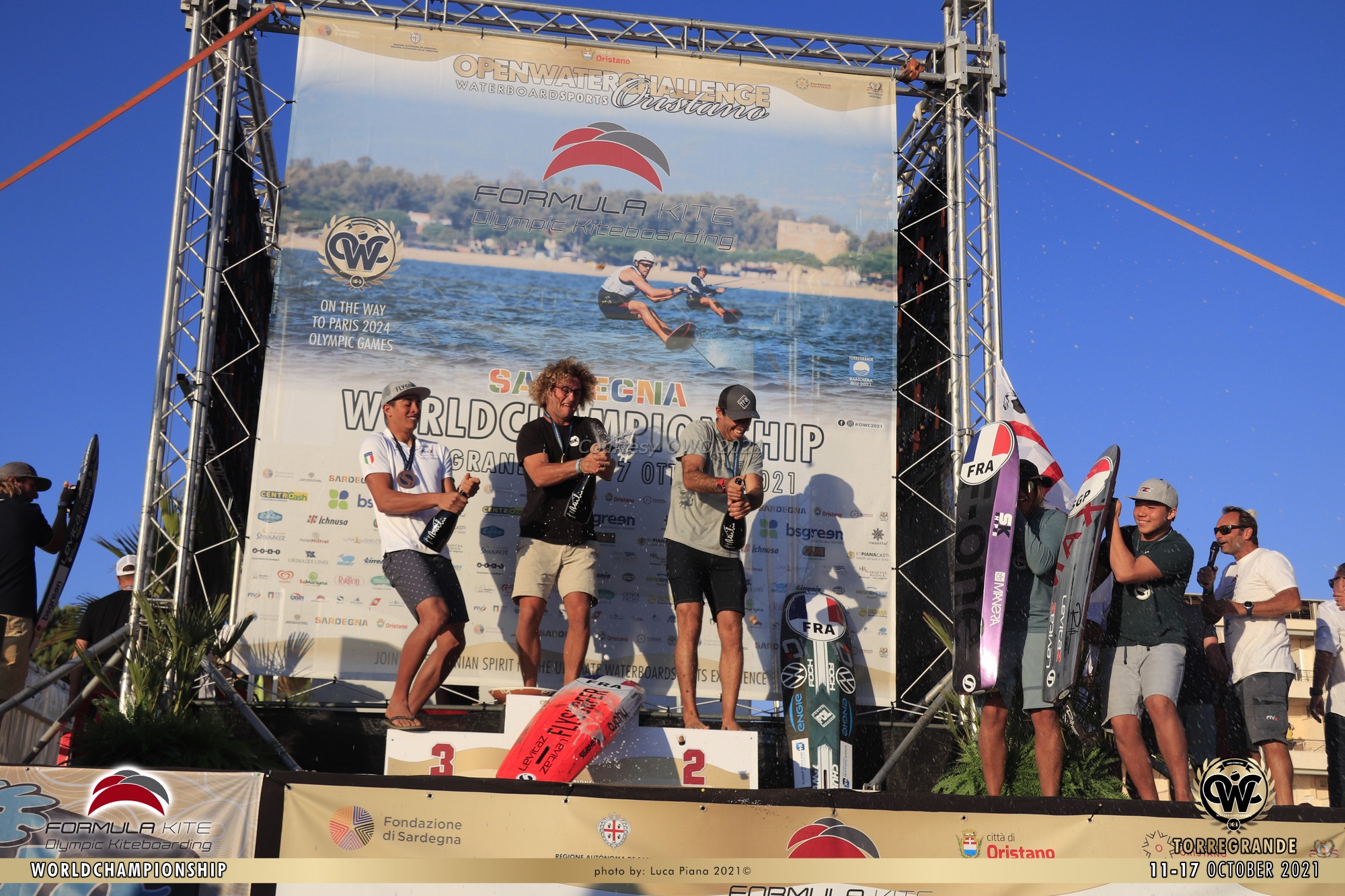 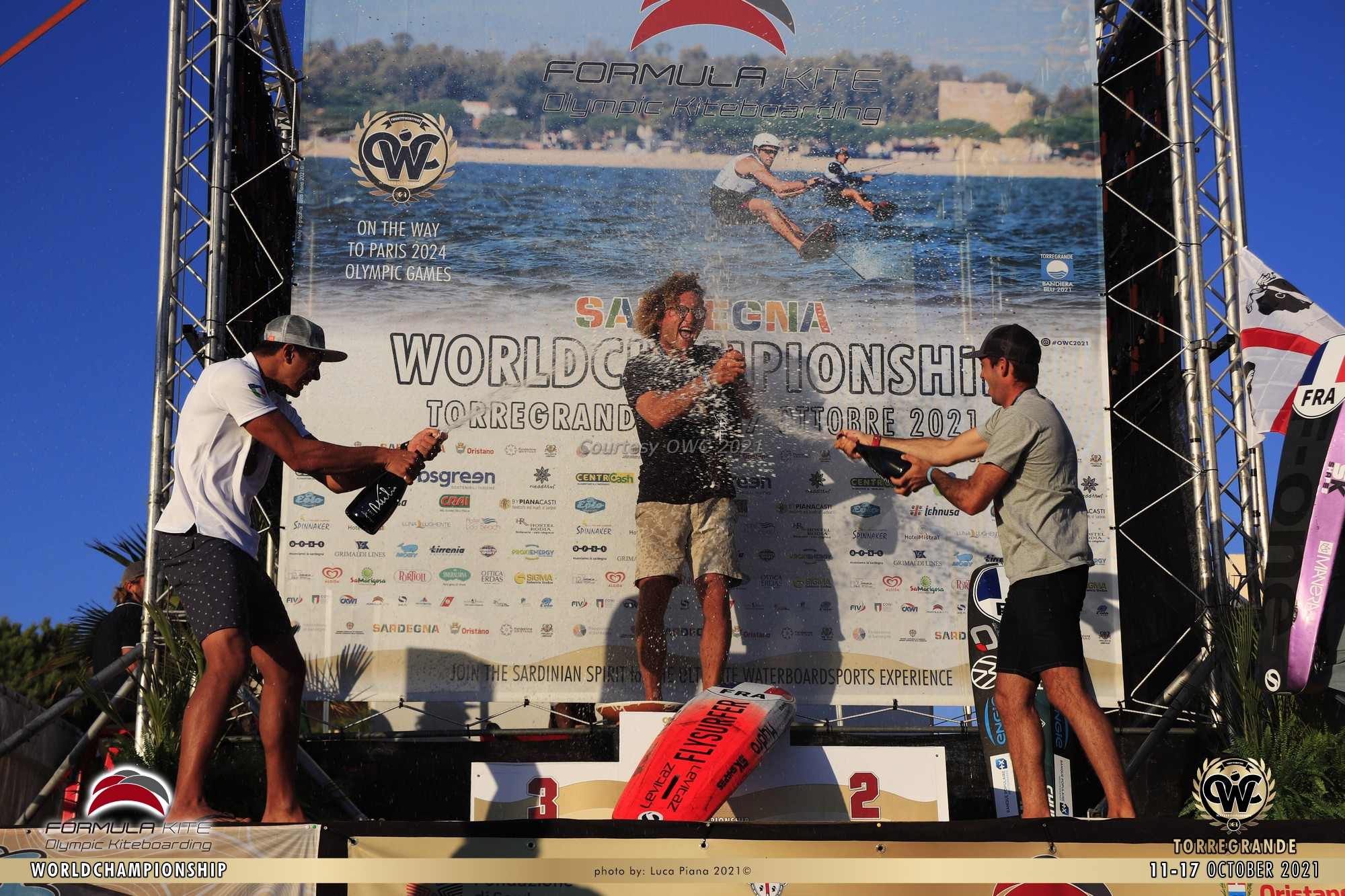 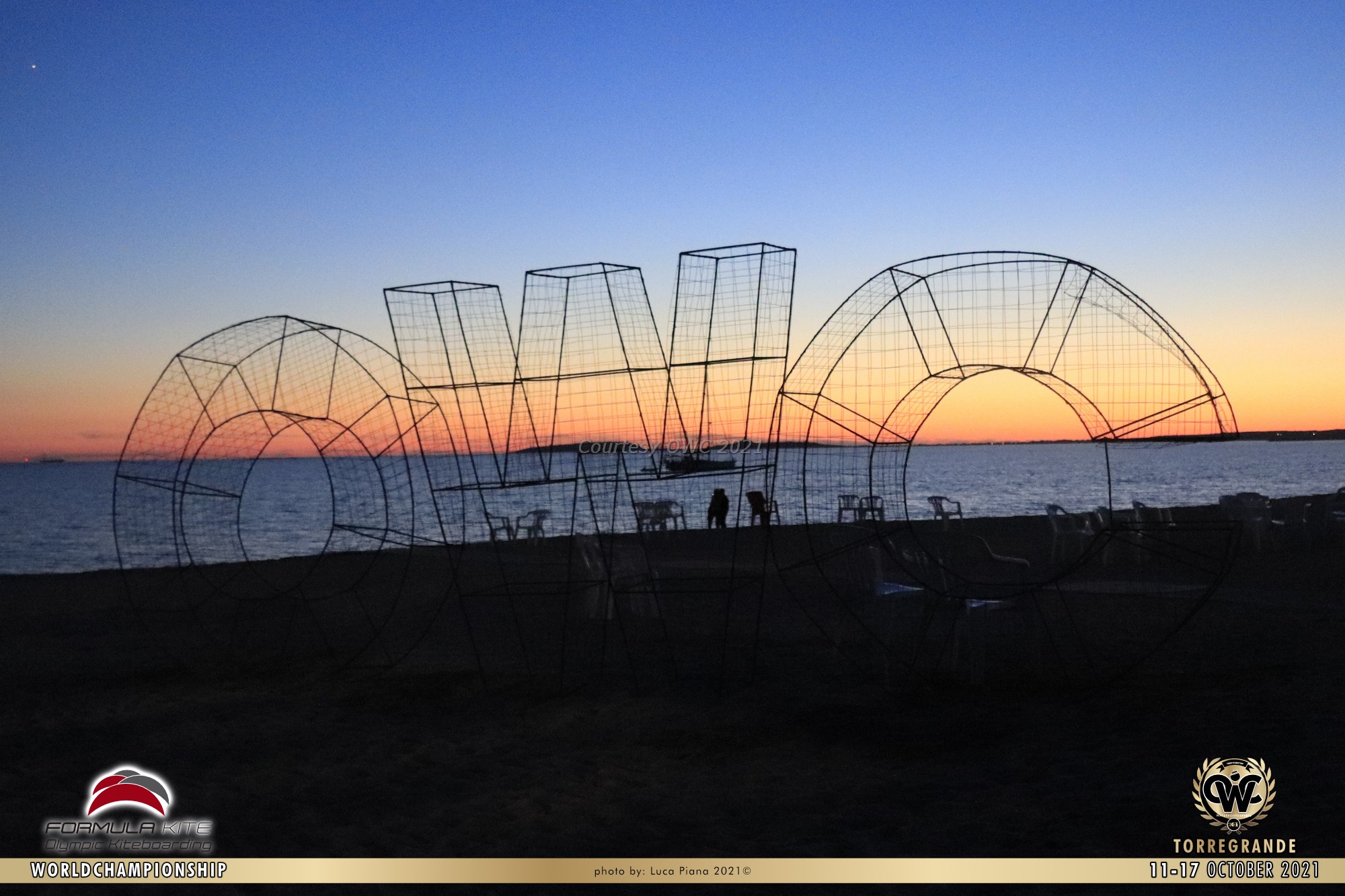 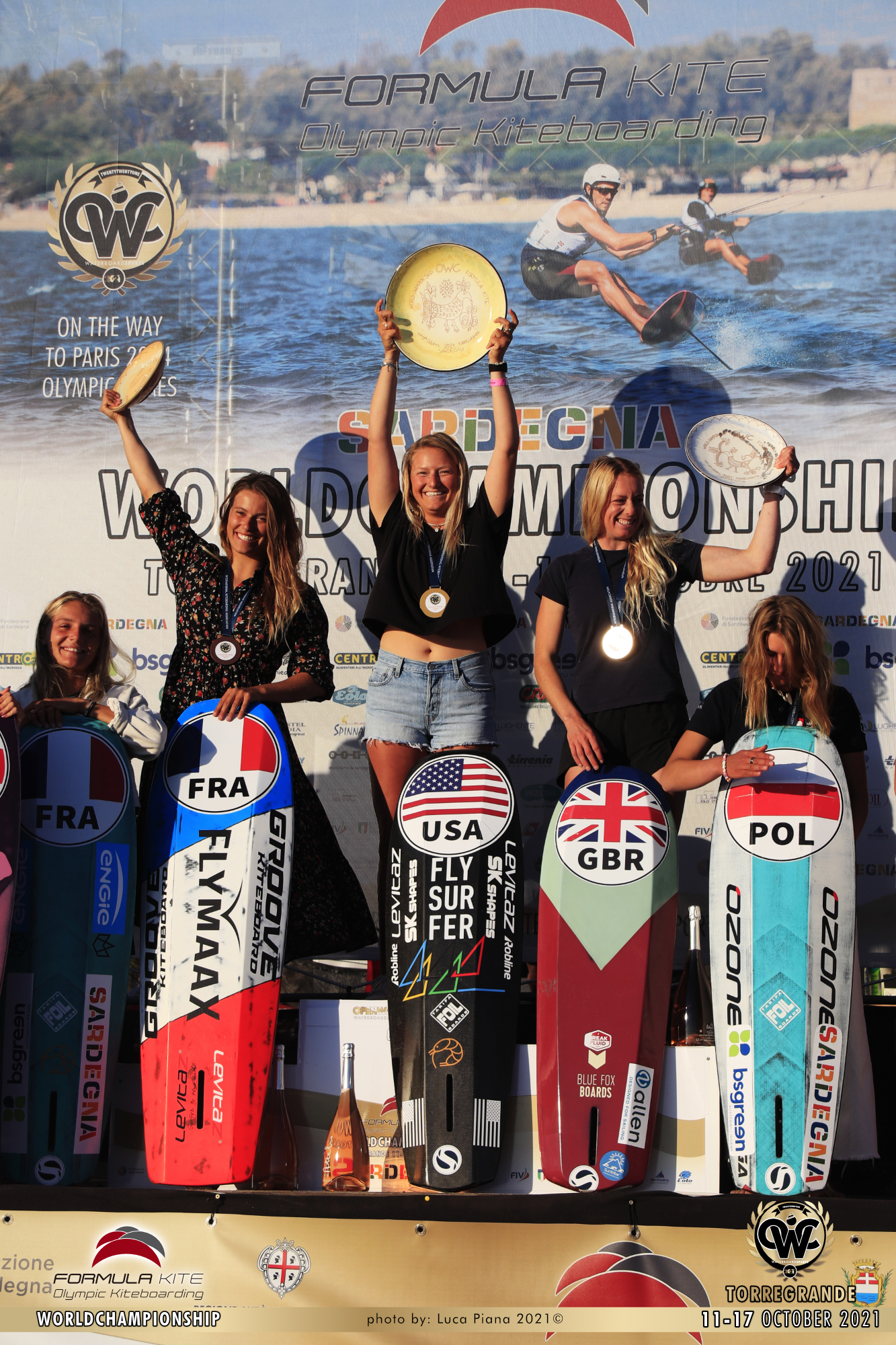 Marina di Torre Grande- The new Kiteboard world champions are Daniela Moroz and Theo de Ramecourt, two gold medals going to the United States and France.
The male podium speaks Italian, as the young Riccardo Pianosi climbs on the third step, silver medal for Axel Mazella.
Among the women, behind Moroz there are the English Ellie Aldridge and the French Lauriane Nolot.

The Gulf of Oristano is confirmed as one of the most beautiful spots in the world for the practice of this sport, according to the professionals who travel the world aboard their boards, flying with the winds. During the last day of regattas, the race field was moved several times due to the variation of the mistral wind. The kiters carried out their competitions a few hundred meters from the beach and for the spectators it was a real show. 83 participants recorded during the final two days of the Formula Kite World Championship 2021.

From Torre Grande, the great family of the Formula Kite World Championship will move to the Canary Islands for the great final, which will be held in November.
In Sardinia, in the Gulf of Oristano, the regattas followed the format that will be used at the Paris Olympics 2024, in the waters of Marseille.

The worldwide live tv was followed by thousands of people from all over the world: the splendid images from the drone filmed the waters of the Gulf, the coast of Oristano and the majestic promontory of San Giovanni di Sinis.

Sebastiano Cau, president of ASD Eolo Beach Sports. “Our association is honoured to have organized and hosted the Formula Kite World Championship which rewards the almost thirty-year activity of our partners and collaborators. I am proud of the work done and of the result obtained and I wish athletes from all nations to achieve the great goal of the Olympics.”

Eddy Piana, OWC organizer. “We are very happy for the world championship that has just ended, we are proud and enthusiastic for making Oristano known to the rest of the world. Many athletes have appreciated our sea and the ideal conditions for kiting, probably many could choose Torre Grande for winter training. We are already working on the edition of the Open Water Challenge 2022 and here at Eolo we will all continue to work at the various activities that we carry out on the beach and in the sea. I thank all the work team that in the last few months and days has worked tirelessly to achieve this important world goal”.

At the end of the fourth day, these are the words of Mirco Babini President of the International Federation of Kiteboarding IKA and President of CKWI (National Class of Kiteboarding and Wingfoil): “An enormous thrill to see this first Formula Kite World Championship end with such an exciting day, many surprises and just as many confirmations among the champions that we will see fighting until the 2024 Olympics. We couldn’t have asked for anything better for this first major event in the world with the Olympic format.”

Sergio Cantagalli, OWC sports director. “Exciting moments, I think a chapter of history has been written today in Torre Grande, in the Gulf of Oristano, perhaps one of the most important events in kiteboarding and international sailing. Fully satisfied with the effort to make all this possible, happy to have completed the racing program promptly and professionally, also thanks to the weather conditions that have always characterized the gulf itself and the coasts of the Sinis. Ready to face the next challenge with OWC 2022.”