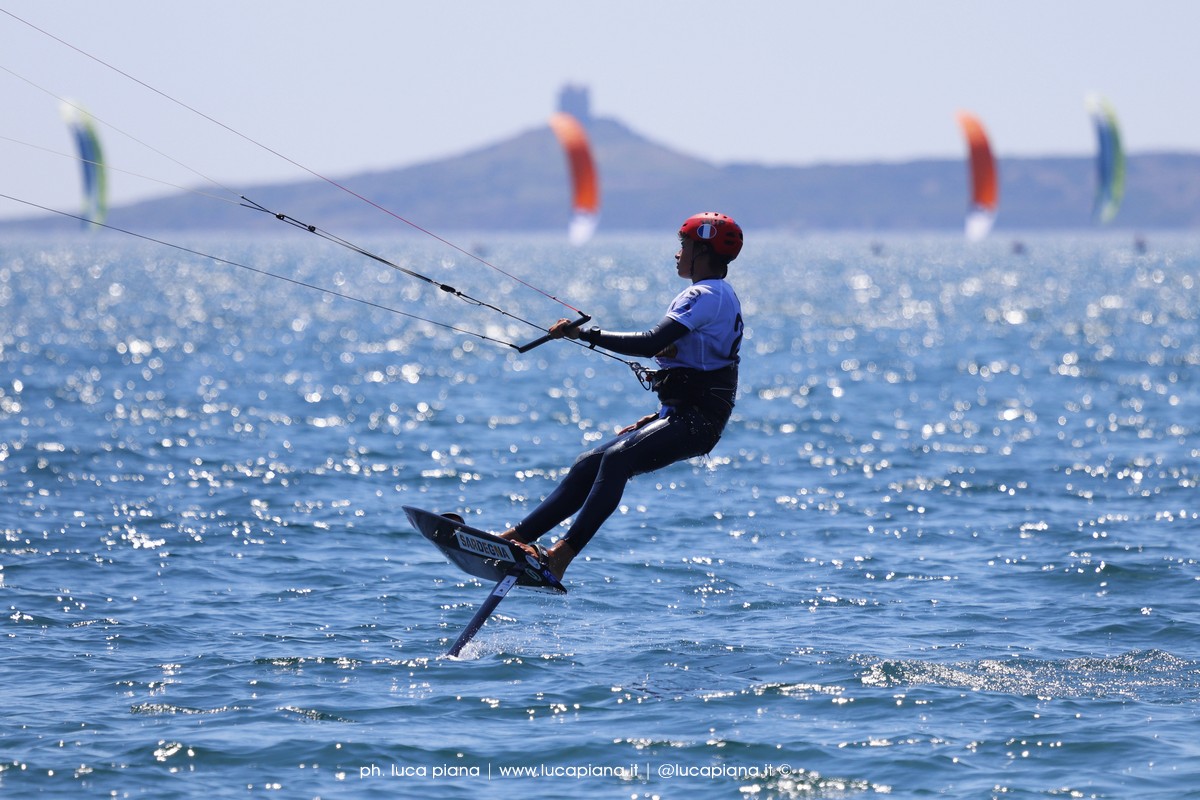 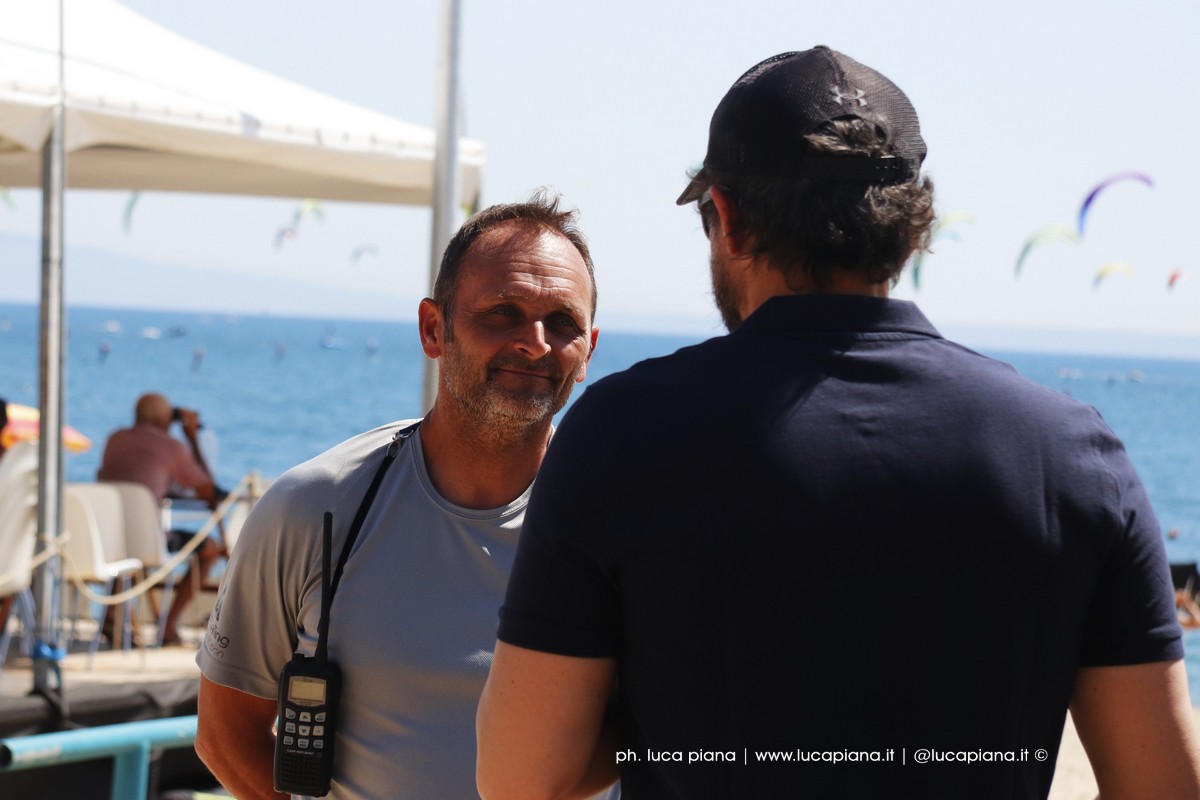 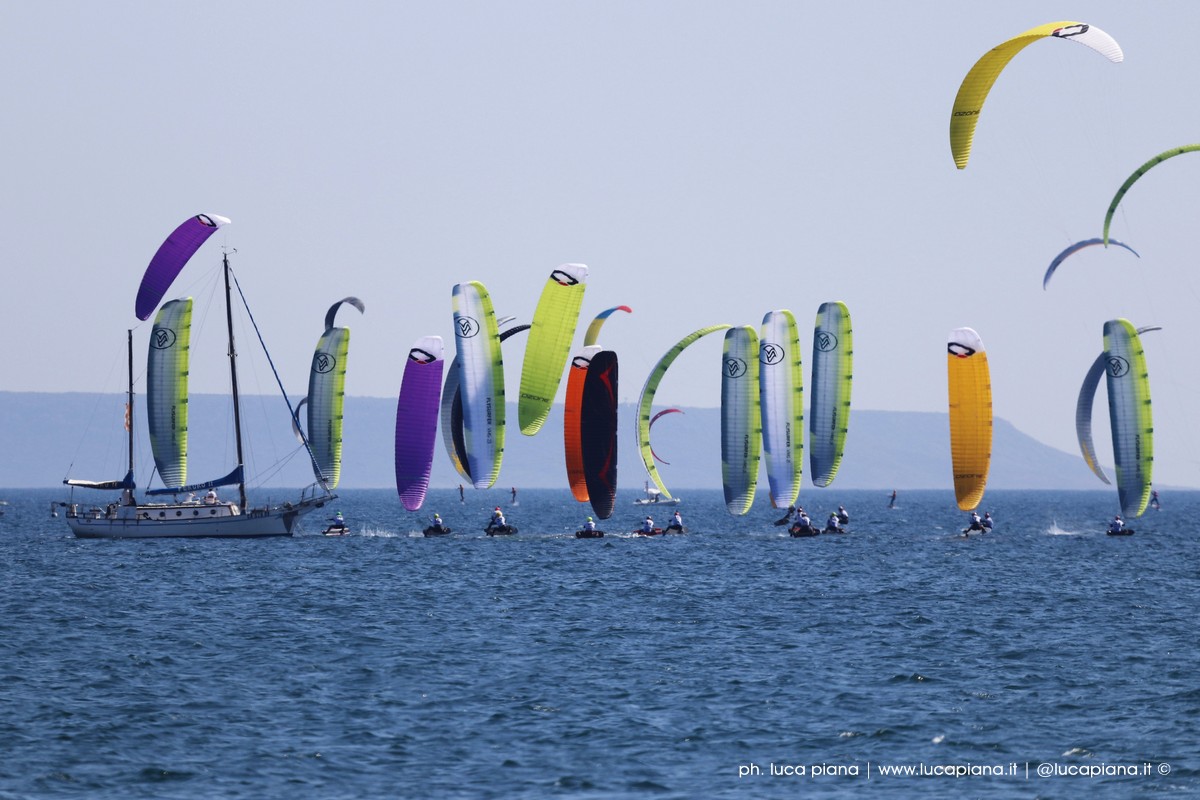 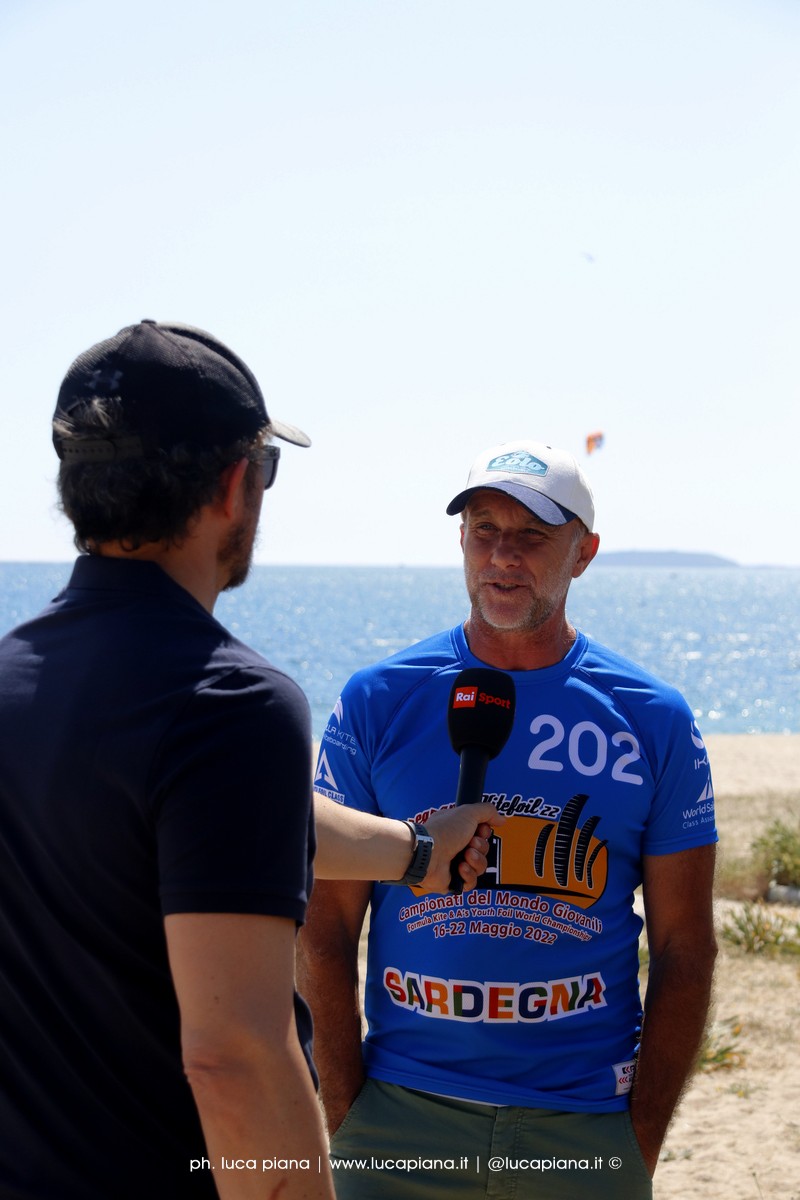 THE ROUTE TO THE OLYMPICS CONTINUES FROM TORRE GRANDE
DAY 2: HEAD-TO-HEAD MAEDER- PIANOSI,
AMONG WOMEN, CLOSE COMPETITION BETWEEN ISRAEL AND POLAND
RACING UNTIL SUNDAY

Saturday 21 and Sunday 22, the finals live worldwide
Talks on sport, sea and sustainability and a food and wine village.
Today 100 De Castro students in the water with FIV and FISW Surfing activities.

The road to the Paris 2024 Olympics continues from Oristano for the very young athletes of the Formula Kite Youth World Championship 2022.
At the end of the second day of racing, the three rankings see Singapore’s Maximilian Maeder leading in the Formula Kite Men’s U21, Maya Ashkenazi in the Formula Kite Women’s U21, and Switzerland’s Gian Andrea Stragiotti in the A’s Youth Foil Class, which includes both U15s and U17s. In the Men’s U21 category, Riccardo Pianosi remains second, tied on points with Maeder and ahead of China’s Qibin Huang, while among the women in second place is Poland’s Julia Damasiewic followed by Gal Zuckerman. Seventh position for Italian Sofia Tomasoni, who races with the colours of Sardinia being a member of Windsurfing Cagliari, the first woman in the history of kitesurfing to have won a youth Olympic title. In 2018, the young athlete present today in Oristano, won gold at the last Youth Olympic Games in Buenos Aires. Today’s racing started at 14:00 with favourable wind conditions that varied between 7/10 knots and 14/16 knots.
Here are the updated rankings that will be final for this day at the conclusion of Protest Time: https://formulakite.org

Until Sunday 22 May, every morning at 10:00 am, the athletes will gather for the rider’s meeting. The public will be able to follow the races from the beach. On Saturday 21 and Sunday 22 May the ‘Formula Kite Youth World Championship 2022′ will reach its final stages, which will be followed live worldwide and with technical commentary in English. The categories on the water will be Under 21, 17 and 15 and the athletes will have to follow the rules that will be observed at the Olympic Games in two years’ time, when the regattas will be hosted in the Gulf of Marseille.

Mirco Babini, President of the International Kiteboarding Federation IKA and President of CKWI (National Kiteboarding and Wingfoil Class). “It was a perfect day, the wind was less shifty than on Day 1 and allowed all 16 races to be completed. The fight in the A’S Youths was wide open, while in the Formula Kite Man the head-to-head between Maeder and Pianosi continued. Among the women, a very close battle between the Israeli team and the Polish team, represented by both athletes. Excellent partial in today’s second race for Sofia Tommasoni, who finished in second place and 7th overall.”

previous
First Day of race
next
Towards the finals