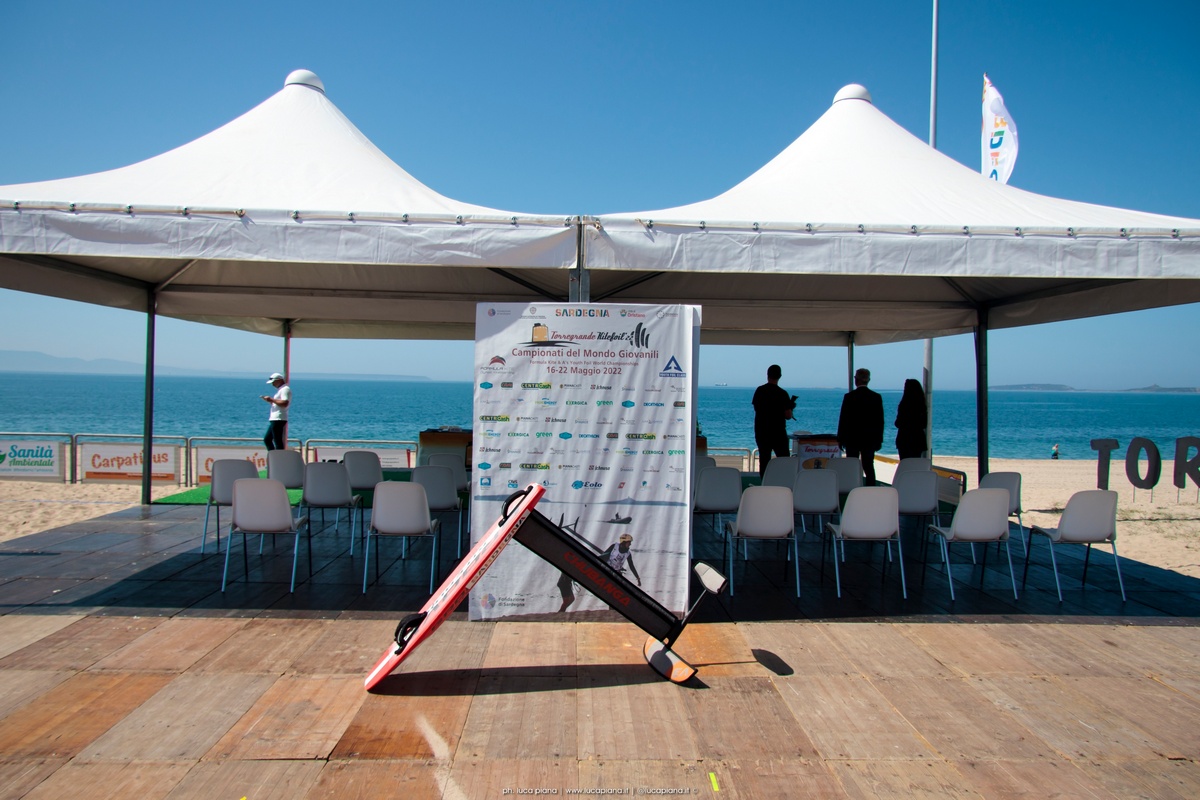 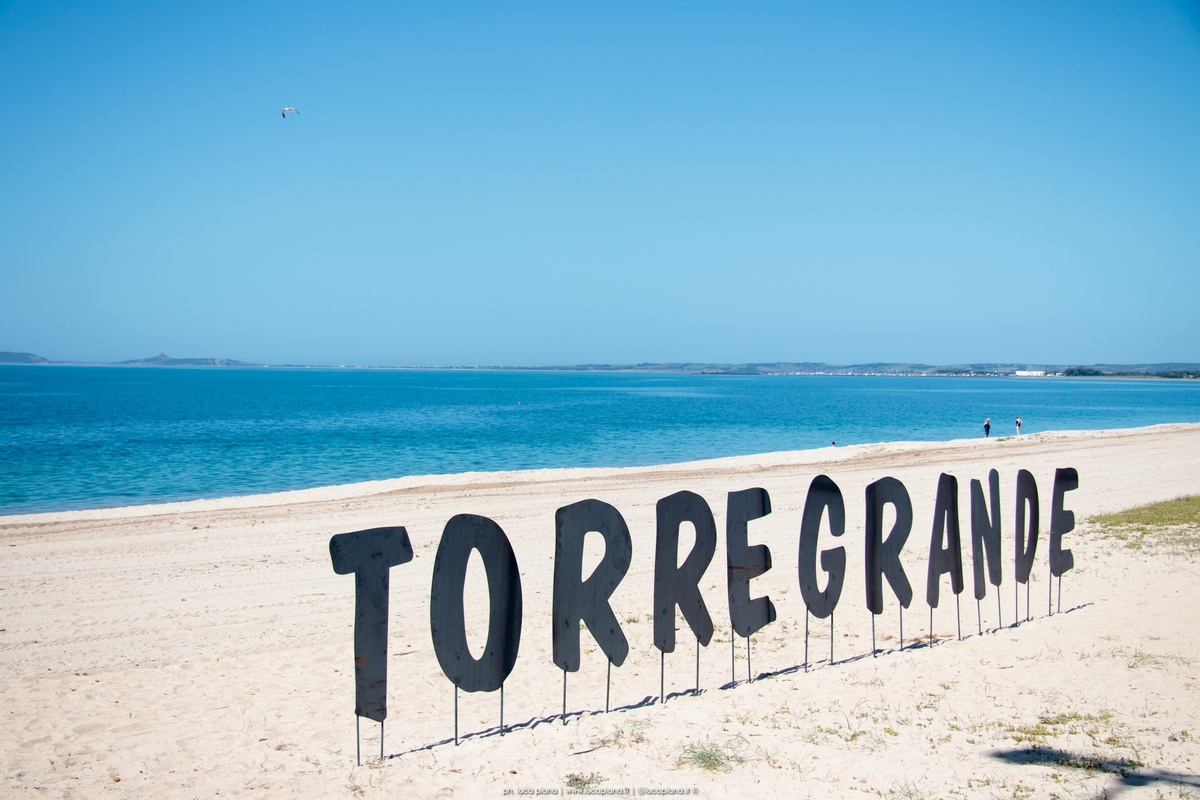 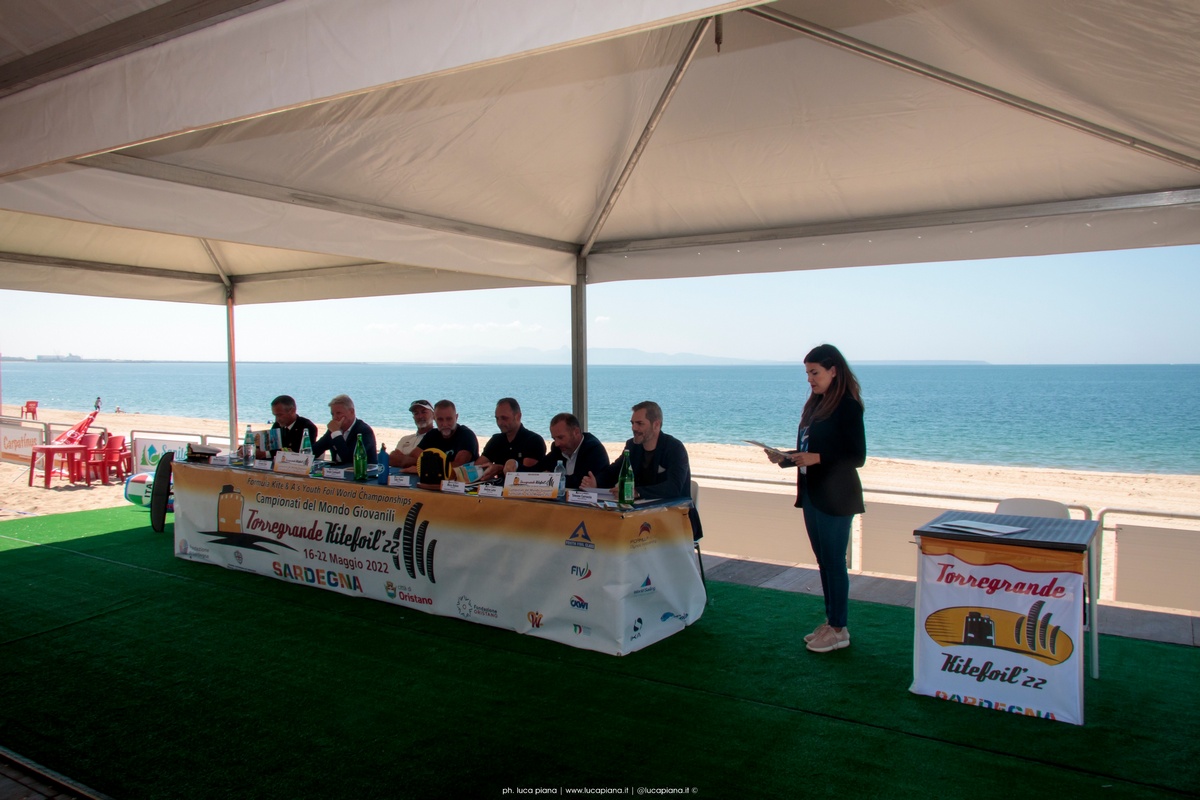 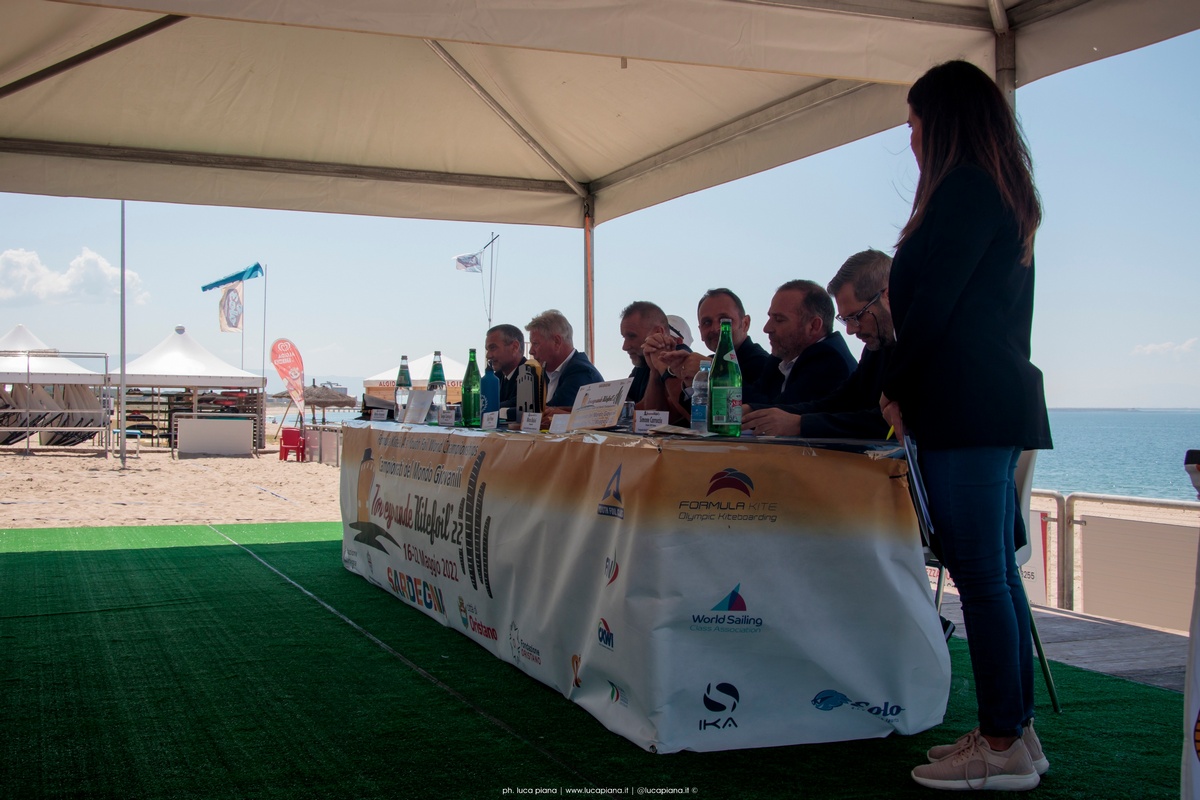 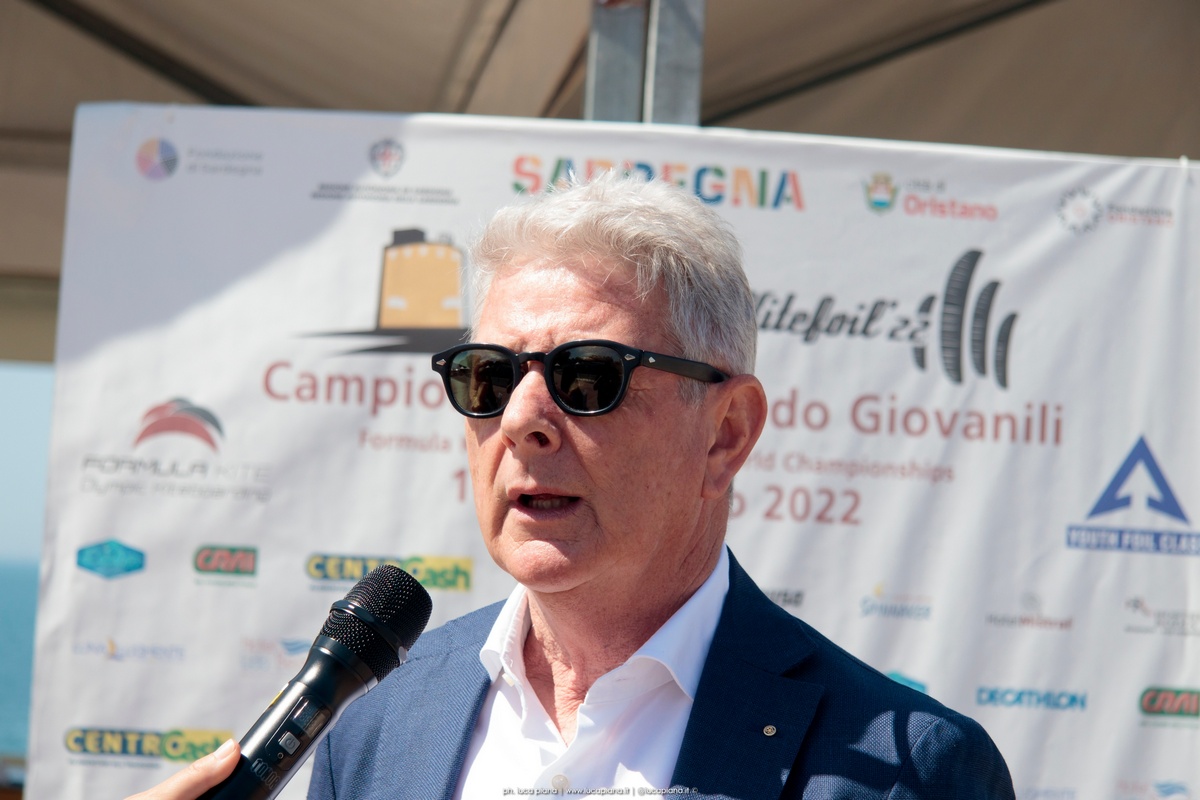 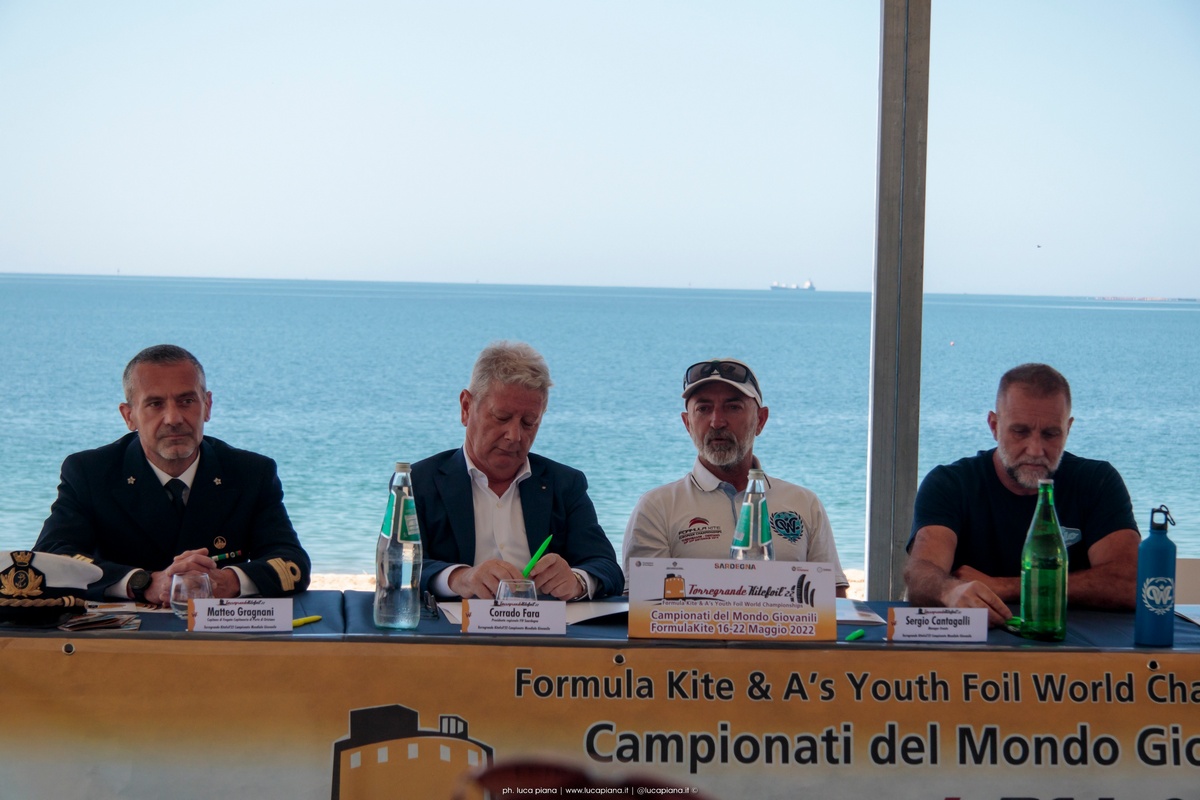 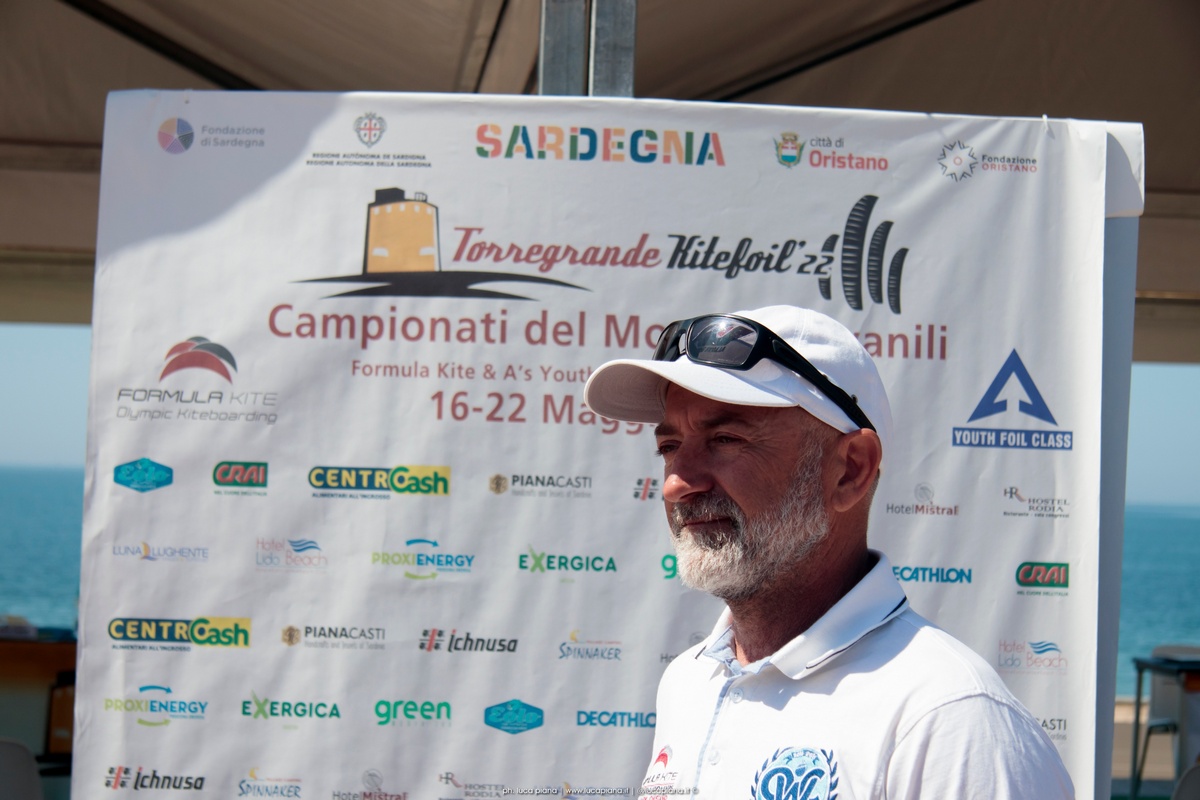 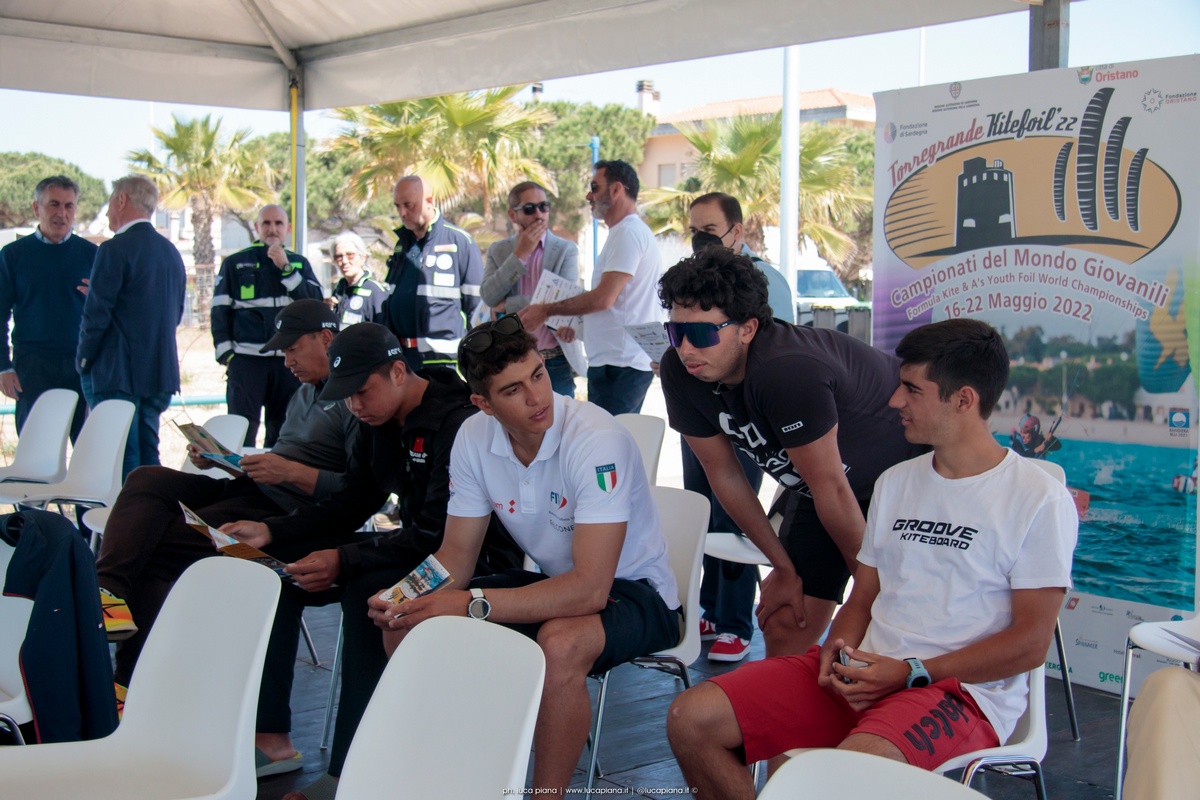 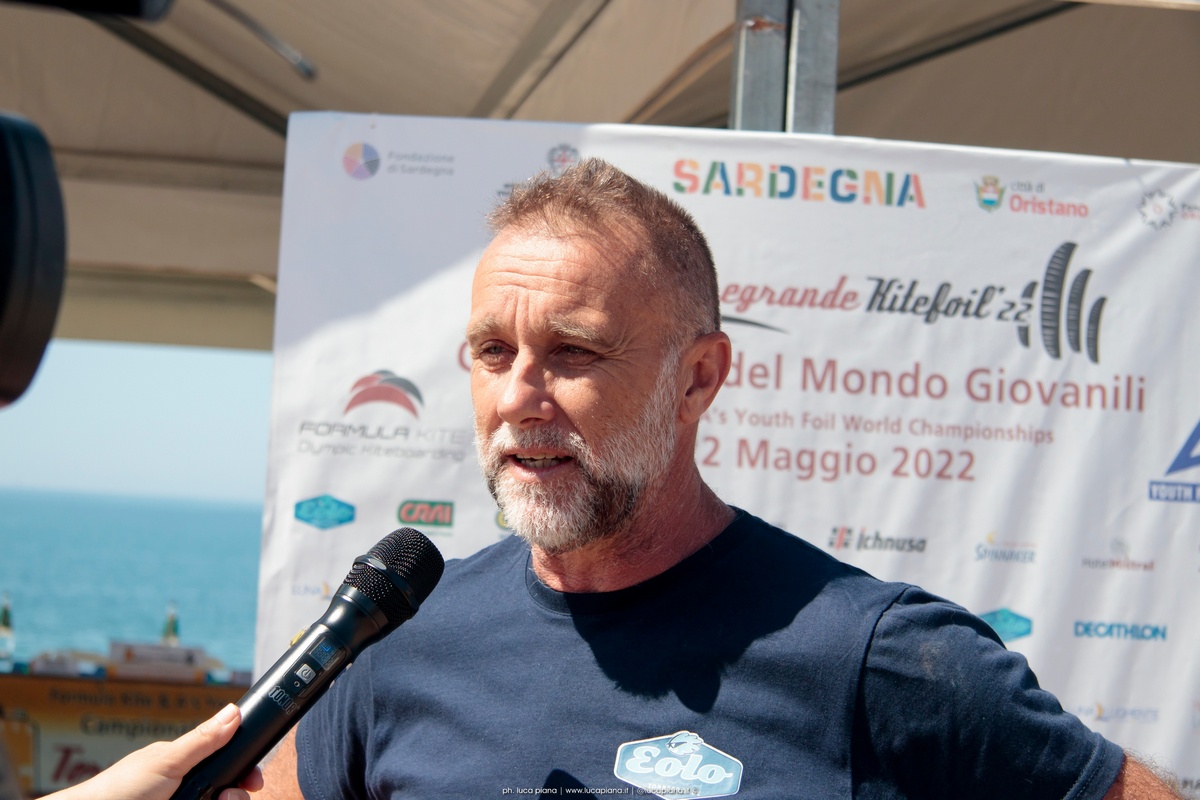 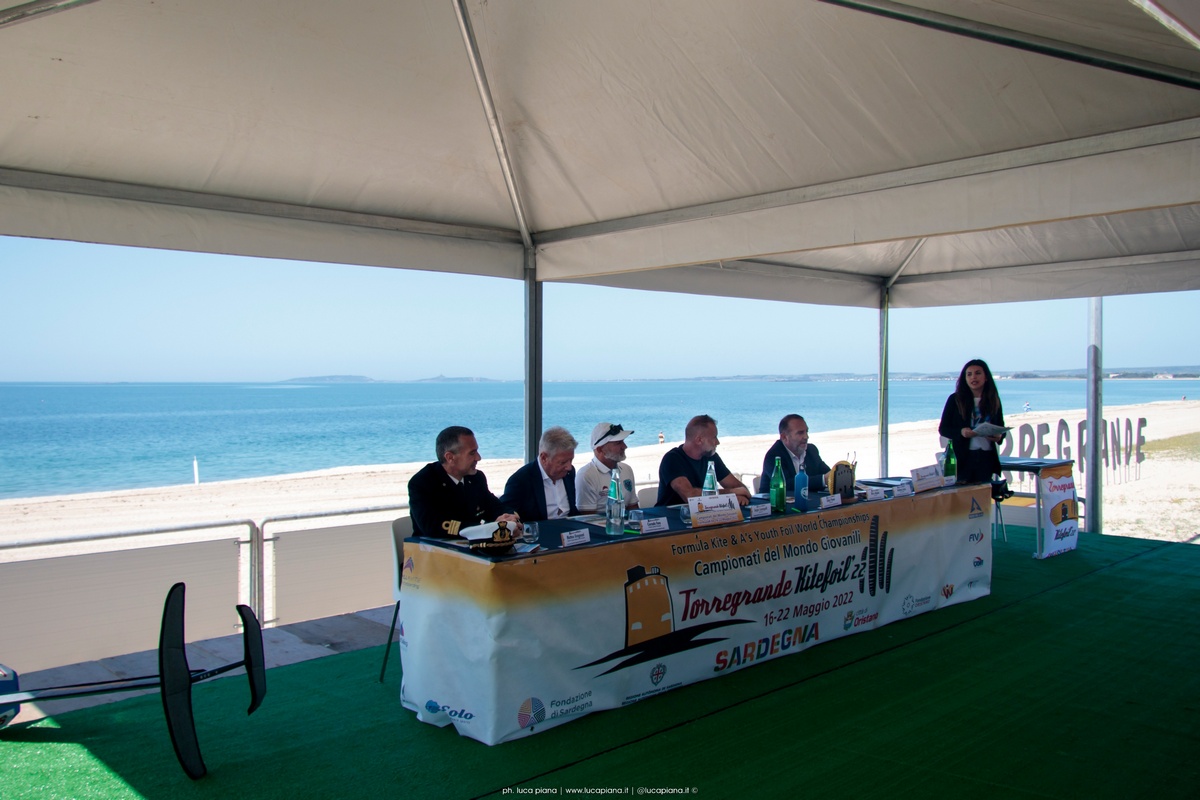 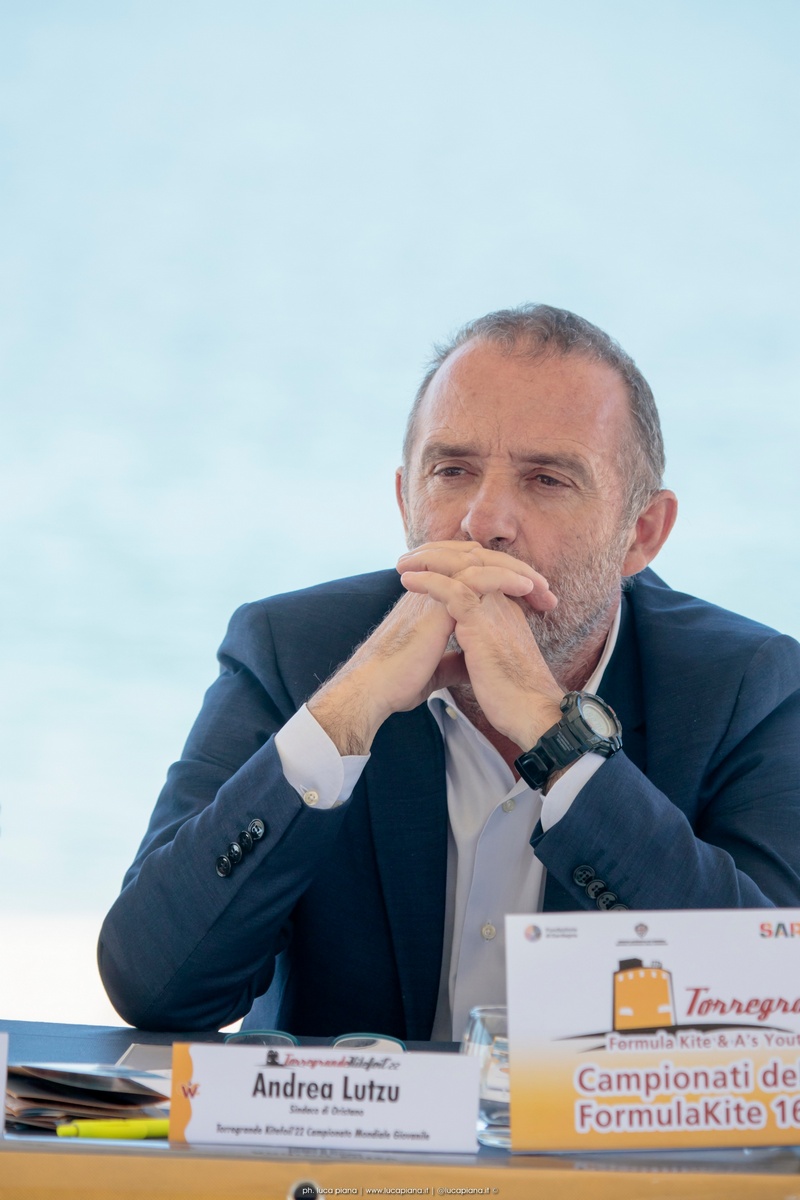 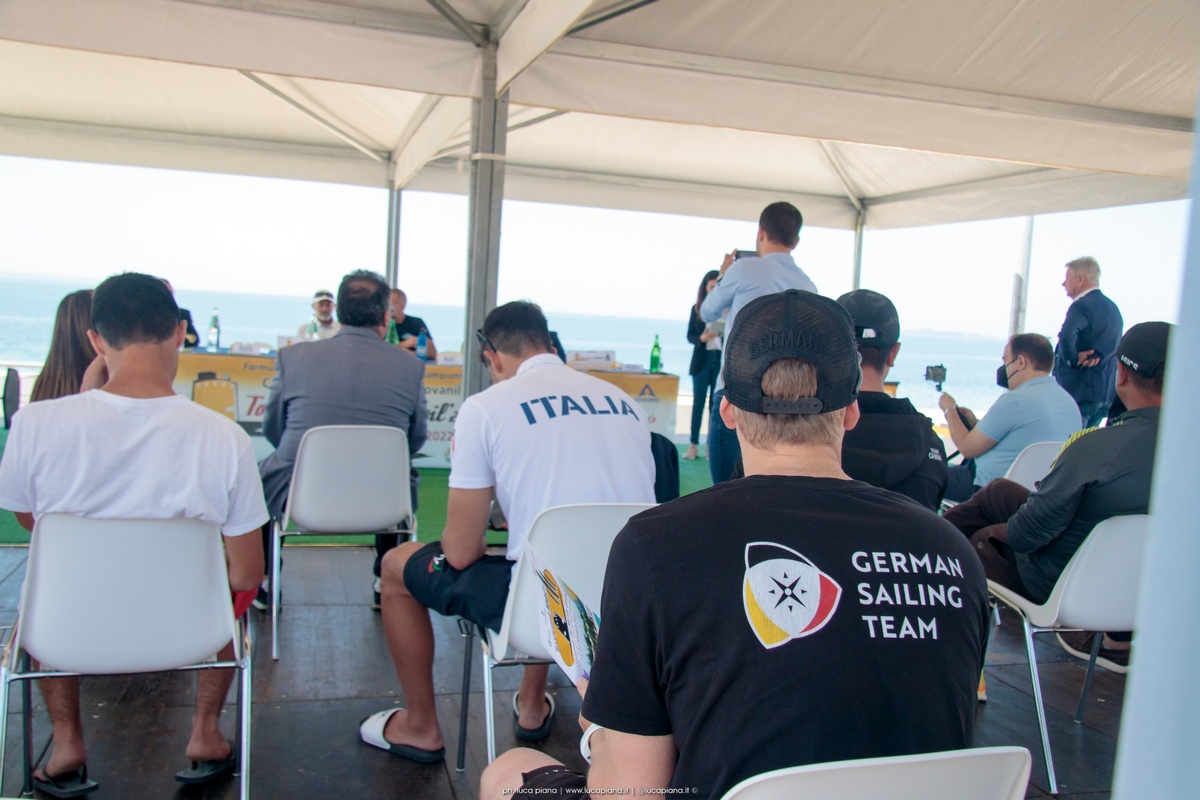 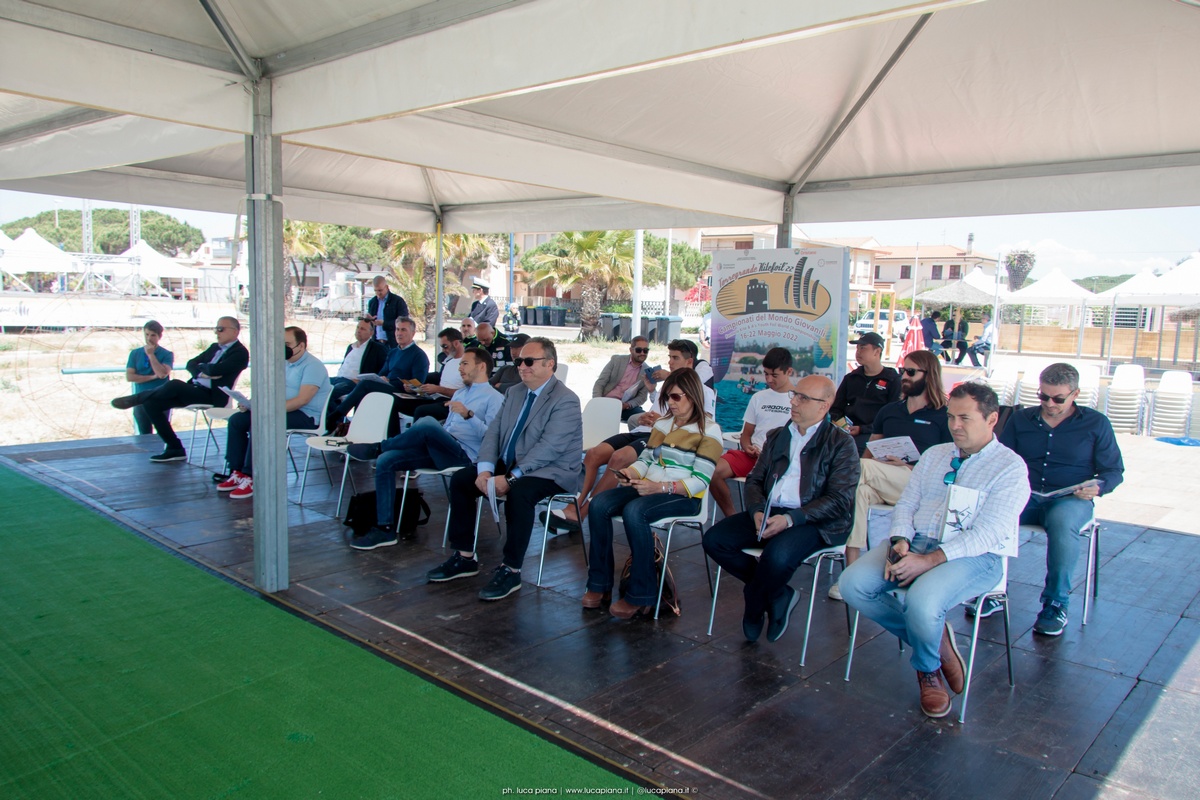 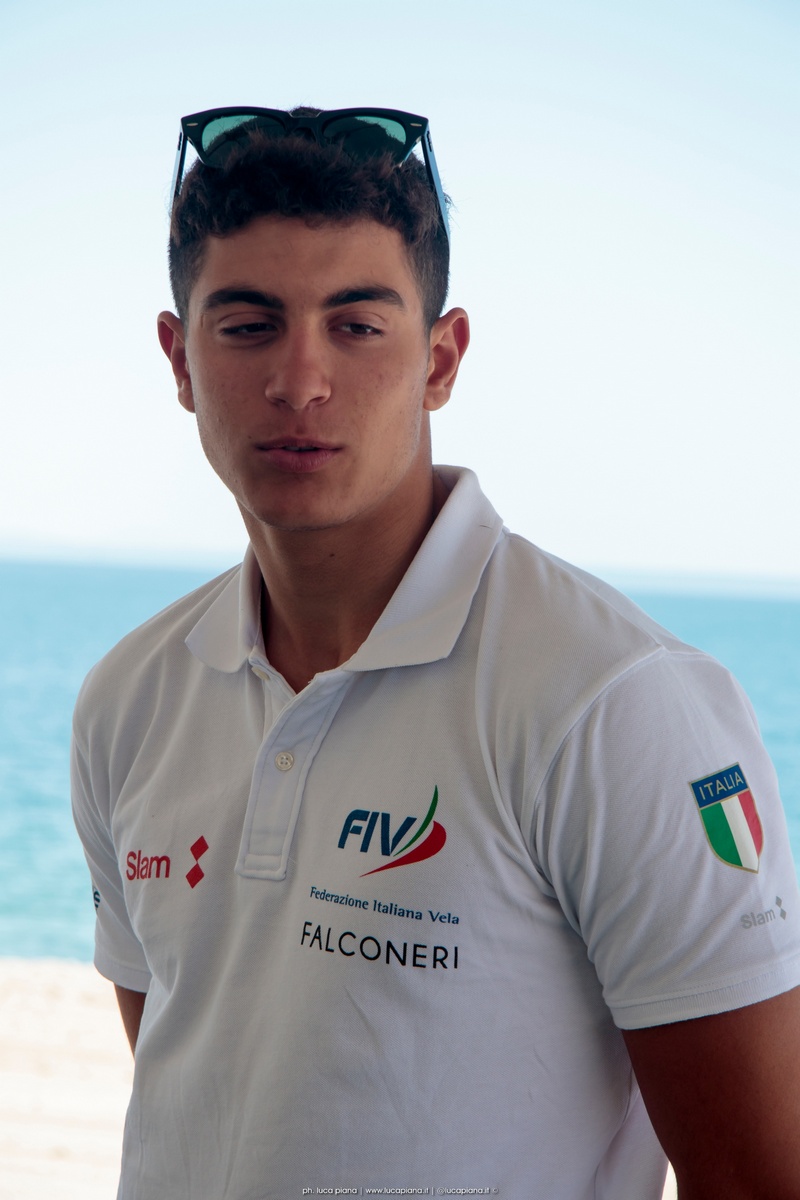 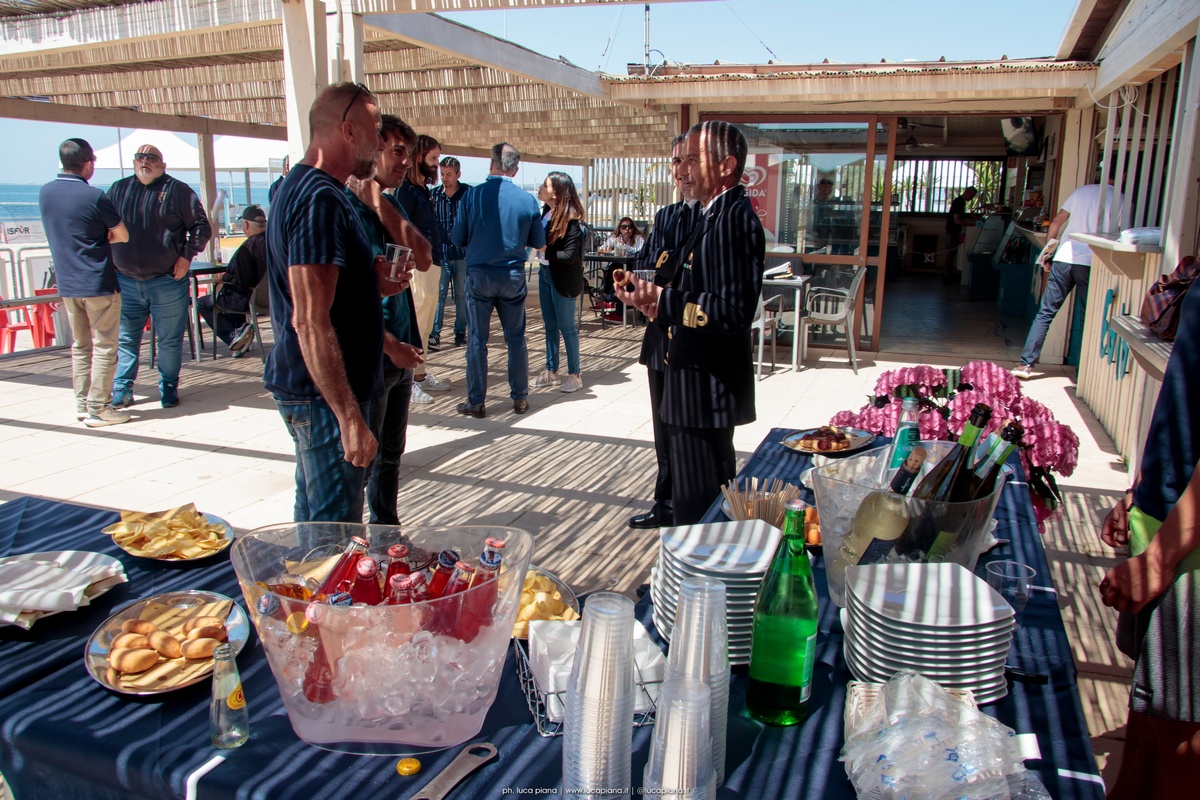 TALKS, SEA CULTURE, SPORTS VILLAGE
THURSDAY 12 MAY THE PRESENTATION OPEN TO THE PUBLIC

Public presentation of the World Youth Kiteboarding Championship 2022 in Torregrande

A heartfelt thank you to all the participants: the Municipal Administration, the Mayor Andrea Lutzu the Vice Mayor Massimiliano Sanna, the Councillor for Sport Maria Bonaria Zedda, the authorities, the entities present and the federation who are supporting the entire event 🇮🇹

The kiteboard youth world championship #U15 #U17 #U21 is the next international event involving the Gulf of Oristano, the weekend of the 21st and 22nd there will be numerous events open to all.

The “Formula Kite Youth World Championship 2022” flag flies at Torre Grande, from 16 to 22 May the Kiteboarding World Youth Championship makes a stop in Oristano.

The great sporting spectacle. Around 90 athletes from more than 20 nations will compete to win the world titles in the Under 21, 17 and 15 categories. During the competitions, the athletes will have to follow the rules that will see them compete at the 2024 Paris Olympics. Italy, Portugal, Spain, France, Singapore, the Czech Republic, Taiwan, Brazil, China, Turkey, Israel, Belgium, Poland, the United Kingdom, Croatia, and Colombia: these are just some of the nations present at Torre Grande already in the water for several weeks for training sessions. From Monday 16 to Sunday 22 May, the colourful sails of the kites of the world’s youngest champions will dart across the waters of the Gulf of Oristano, a week of regattas and spectacle that can be admired from the beach and from the maxi-screens positioned near the Asd Eolo Beach Sports.

‘Sea & Kite Fest’ and the sports village.
On Saturday 21 and Sunday 22 May, on the stage of the ‘Sea & Kite Fest’ located in the centre of the sports village, talks will be held with experts on the wellbeing of our sea, and the protection and sustainability of the terrestrial and aquatic environment will be discussed. Among the guests will be the IMC of Torre Grande, the Area Marina Protetta Penisola del Sinis Isola di Mal di Ventre, the Centro di Recupero del Sinis, the Ceas of the Municipality of Oristano, and the MedSea Foundation. On the seafront there will be space for sports activities with the associations Crossfit Costa Ovest Oristano, Calistenia by Street Workout Oristano, Sardus Brasilian Jiu Jitsu, the Sardinia Surf School will present its skate activities, and the Kitendi kite surfing school will also be present. On the beach Decathlon will be present with beach soccer activities and Asd Eolo with beach tennis.

Media and Marketing. On the social channels of the Open Water Challenge it is already possible to follow the path towards the Formula Kite World Championship, all channels active: Facebook, Instagram, Twitter.
Live coverage of the final stages will be broadcast worldwide through the International Federation. The official website on which to stay constantly updated is https://www.openwaterchallenge.it/it/

The Open Water Challenge and Asd Eolo Beach Sports organisational machine is proud to create an opportunity for sports, tourism and cultural development on an international spectrum.

Eddy Piana, organiser. “A few months after the adventure of the 2021 World Championship stage, the great organisation of the Formula Kite World Championship returns to Torre Grande, in Oristano, and this time we are very proud to host the youngest. Many of them will write the history of kiteboarding and being able to meet them makes us extremely happy. I would like to thank the team of the Open Water Challenge and the asd Eolo Beach Sports for their tireless and constant work and support that brings us great events”.

Sergio Cantagalli, sports director. “Once again Torre Grande and Sardinia are on stage in the international kiteboarding scene.
This is another great opportunity to show the world our organisational values and promote our area in terms of sporting tourism. Hosting the prestigious Kitefoil Junior World Championship consolidates the technical and meteorological values that the Gulf of Oristano guarantees for the holding of this Olympic discipline.
Young athletes from all over the world, the future of this sport, on the road to the Paris 2024 Olympics.”

Sebastiano Cau, President ASD Eolo Beach Sports. “Passion and friendship, two powerful engines that have been driving our Association for no less than 28 years and that this year again allow us to confirm our role in the organisation of outstanding international events.
The world, international, national and regional events that we host at Eolo, from Kiteboarding to Beach Tennis, are concrete confirmation that the road we are on is the right one, constantly fuelled by new and more challenging goals.
We hope that the valuable collaboration matured in these years with the Municipal Administration of Oristano, the Region of Sardinia, the reference Sports Federations, all the supervisory bodies and all the Sponsor Companies can further progress and strengthen the associative life of all those Oristano realities that best interpret their social role.”

Mirco Babini, President of the International Kiteboarding Federation IKA and President of CKWI (National Class of Kiteboarding and Wingfoil). “We are getting closer and closer in what is the path and growth of the Olympic class that now sees many nations involved and many new young people. Oristano and Sardinia welcome precisely them, the protagonists of the Formula Kite Youth World Championship have the opportunity to grow even more, for some it will be the beginning of a high-level competitive path, for others it will be a confirmation for what is their status in preparation for the next Olympics.”