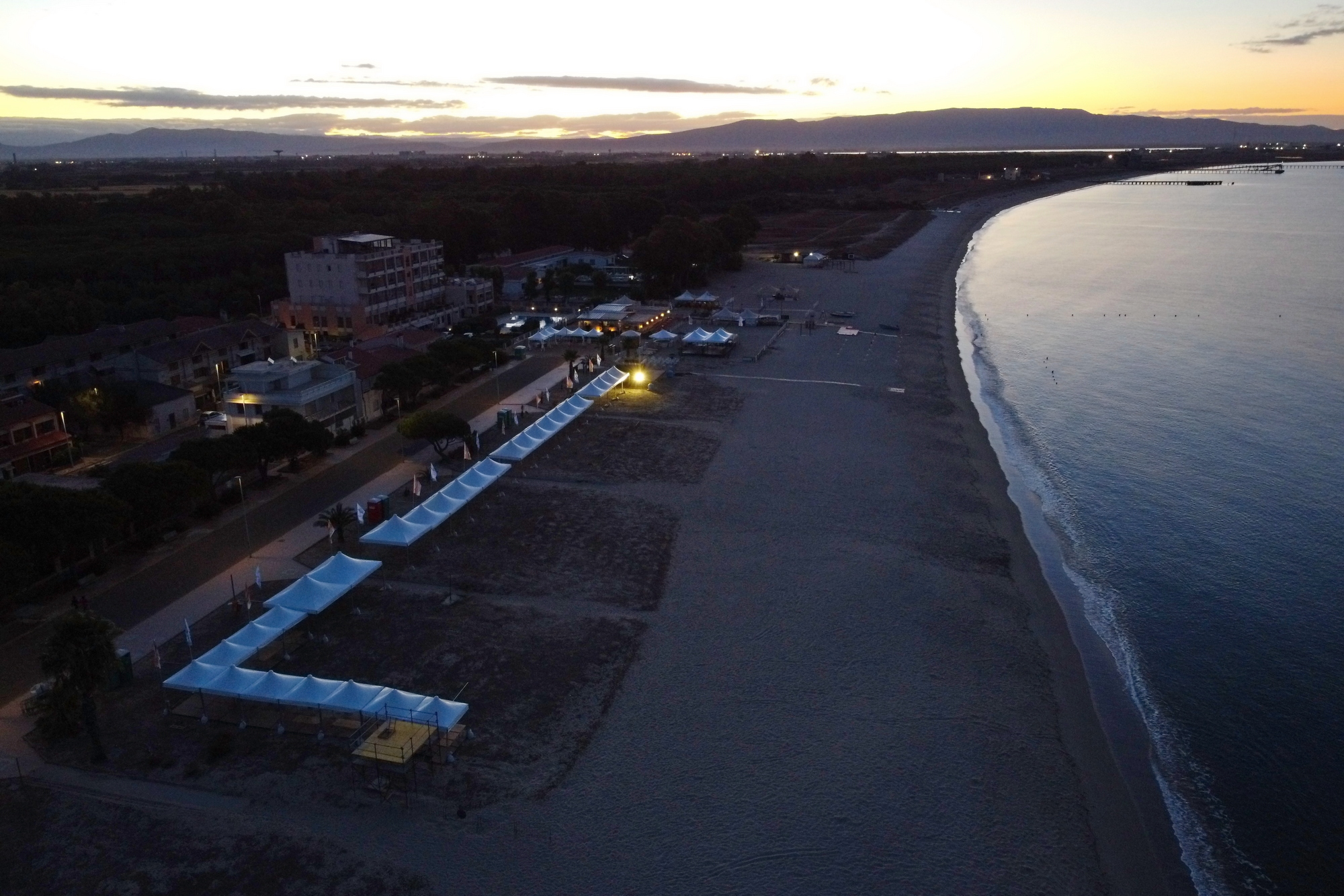 Marina di Torre Grande – The wind of the last few days has brought numerous athletes from many nations into the water, many have already been able to study the currents and waters of the Gulf of Oristano while waiting for the Formula Kite World Championship which will officially start there. ’11 and will end on October 17th.

Meanwhile, the eleventh edition of the Open Water Challenge begins with full sail.
Saturday 9 and Sunday 10 October anyone can try their hand at the activities planned during the Wing & Paddle Festival: the Sinis SUP Marathon, Slalom and Long Distance will be held, the participants on the Paddle and Wingfoil boards will reach the waters of the ancient city of Tharros, today important archaeological and cultural site.
On the website all the details of the Festival and the maps: https://www.openwaterchallenge.it/it/owc-festival/

The 9 and 10 October will be characterized by two days in which the most authoritative voices of the organizations that work every day in the area, know its characteristics and work for the protection of the marine and terrestrial environment, will alternate within the Green Village.
Environmental sustainability, protection of the territory that hosts us and of the sea we live in: these are the keystones for these two days in which the experts of the various associations and organizations will meet with the public in the spaces that will come to life a few steps from the sea.
The bodies present: IMC with Maura Baroli, the Sinis Mal di Ventre Marine Protected Area with Massimo Marras, Sea Me with Valeria Andreotti, CNR-CRES with Andrea De Lucia, Vania Statzu will speak for Med Sea. Alessandro Murana from Flag Pescando and Mauro Steri from Lega Coop will also participate in the talks. Also present were the Ceas Oristano, the Social Cooperative in Sinis with Antonio Ricciu and the Due Mari Veterinary Clinic with Monica Pais.
Among the guests will also be Sara Segantin, ambassador of MedSea and one of the founders of Friday’s For Future Italia, will present her book “We are not heroes”.
There is also space for culture, food with cooking shows and exhibitors in the area dedicated to surfing. You can freely access the dedicated areas by showing the Green Pass.

From 11 to 17 October the first stage of the FormulaKite World Championship will be held and for the first time professional athletes will compete following the format in force also in Paris 2024, where the Kiteboard will make its debut in the Olympic Games and the participants will compete in search of a medal.
The inscriptions already count important world names, including Axel Mazzella, Toni Vodisek, Julia Damasiewicz, Eleanor Aldridge, Sofia Tomasoni, Florian Gruber, Denis Taradin.
All nations will be represented in Torre Grande, from Chile to Poland, from France to Estonia via Indonesia to New Zealand.

The prices. The champions of the Formula Kite World Championship will take home the precious ceramics created by the skilled hands of the artists who work in the Manis Ceramiche Oristano business. An important gift, a symbol of the city of Oristano.

Media and Marketing. On the social channels of the Open Water Challenge it is already possible to follow the path to the Formula Kite World Championship, all channels active: Facebook, Instagram, Twitter, TikTok, Twitch. The live broadcast of the press conference can be followed on the Facebook pages of OWC and Directa Sport.
The official site on which to stay constantly updated is https://www.openwaterchallenge.it/it/
The important co-marketing with ARST has also been renewed, city buses will sponsor the event.
The support of the Sardinia Region, the Municipality of Oristano, the Oristano Foundation, the Foundation of Sardinia, the Pro Loco and the Port Authority of Oristano are also fundamental for this year.