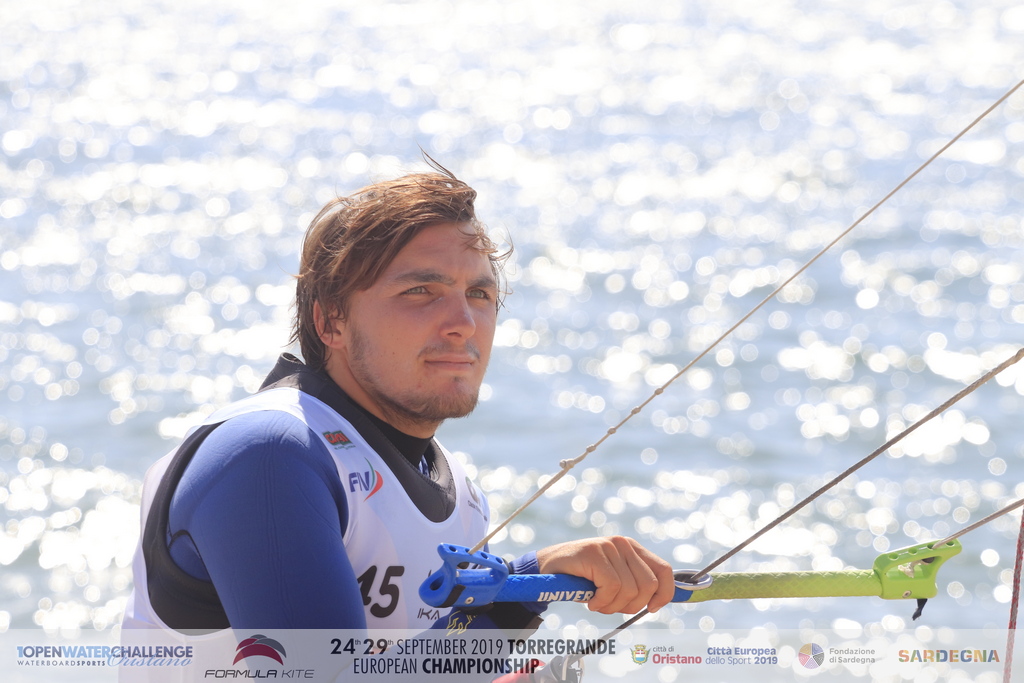 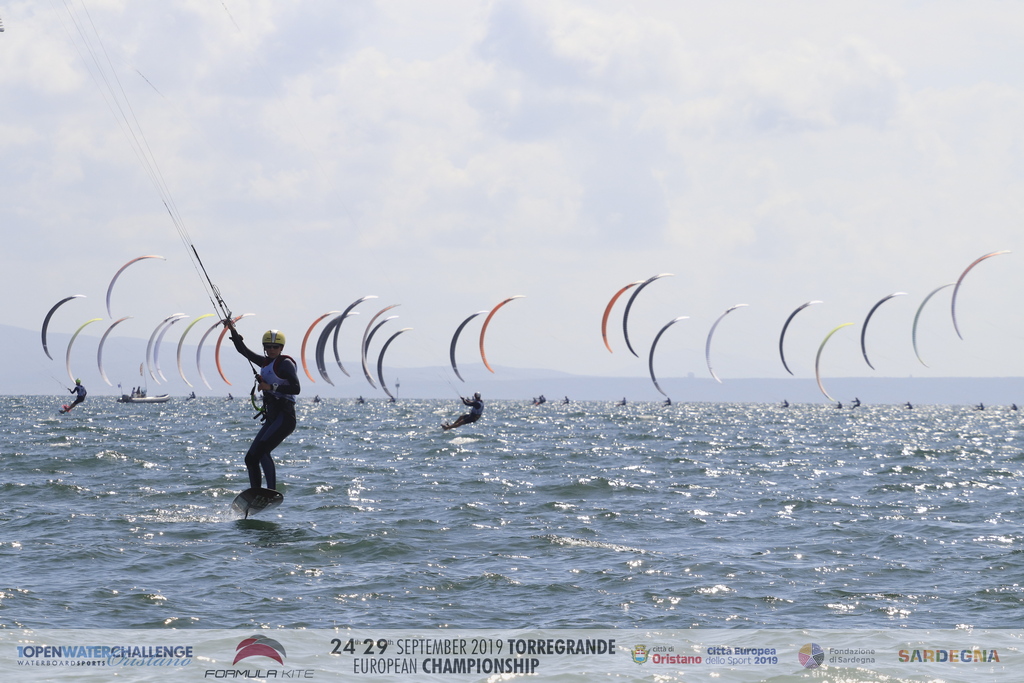 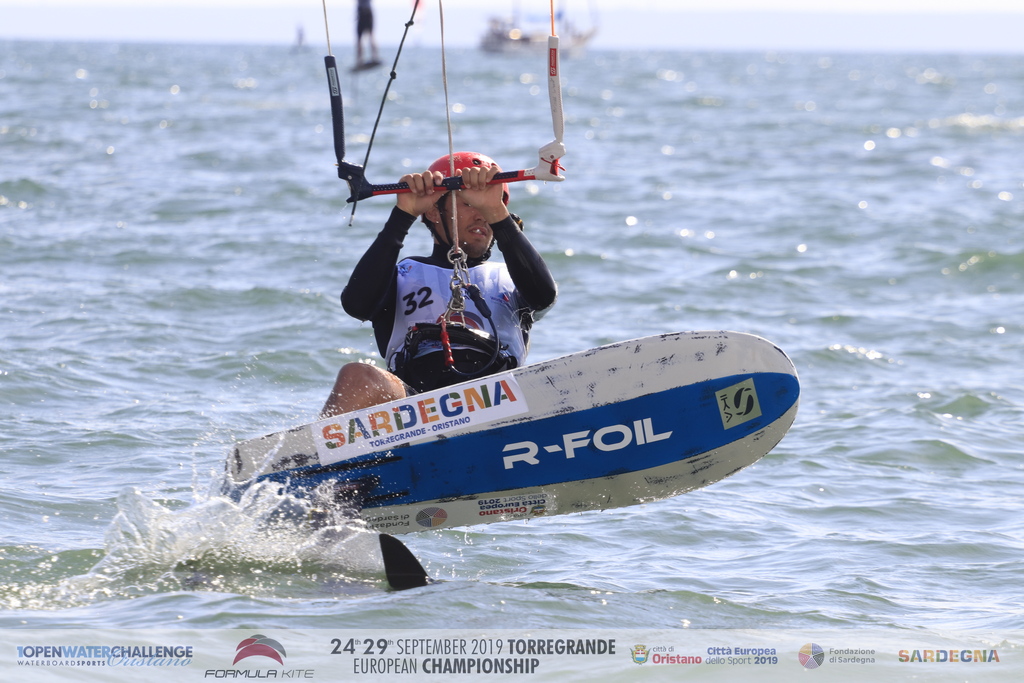 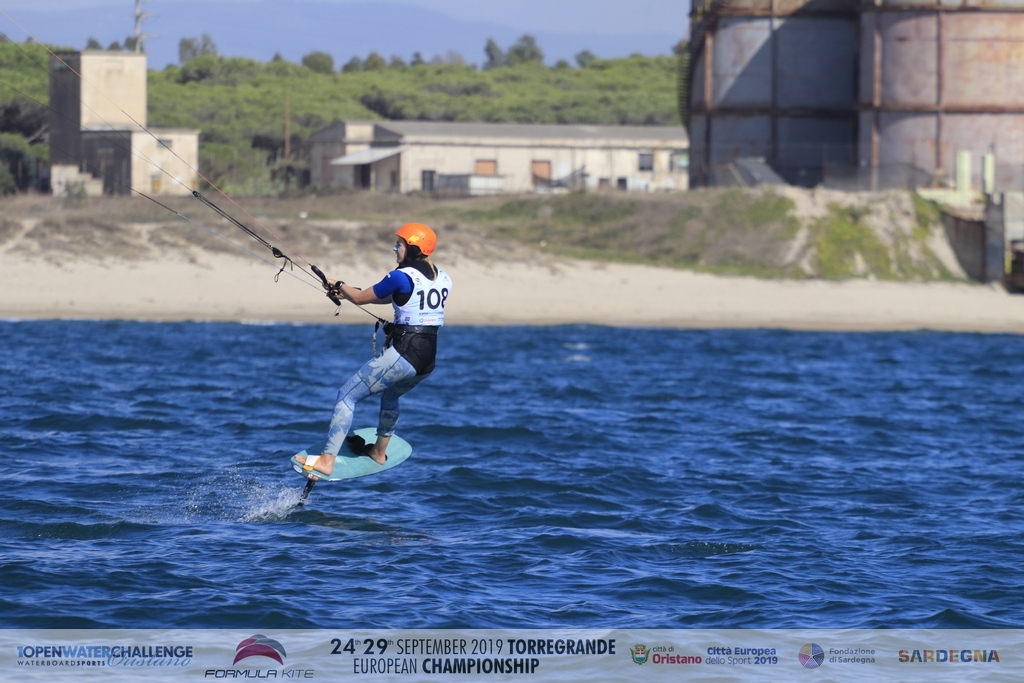 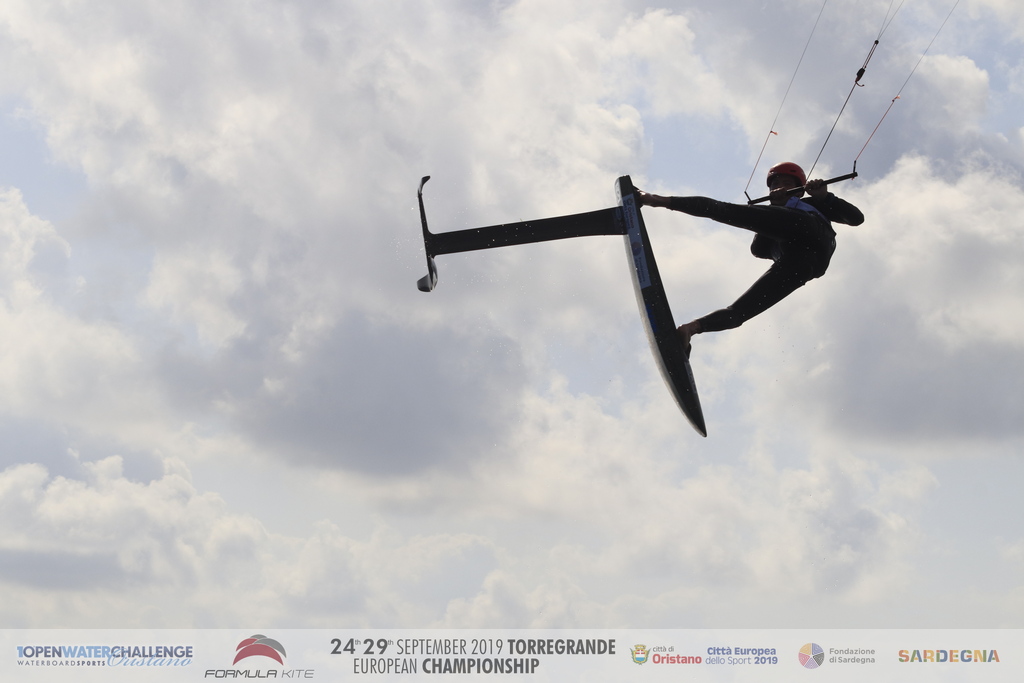 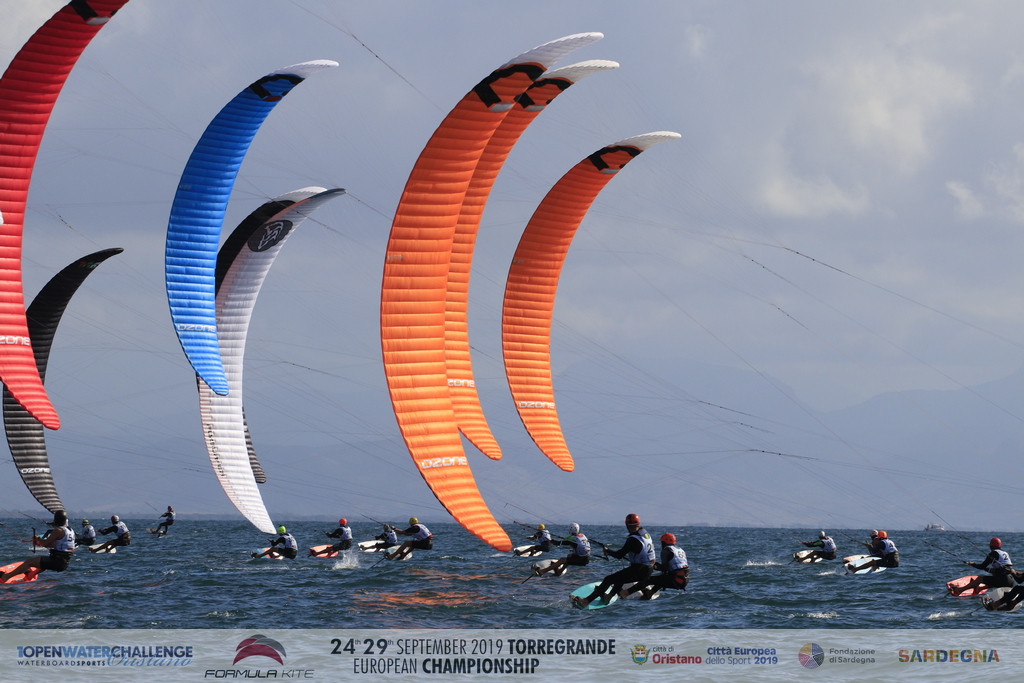 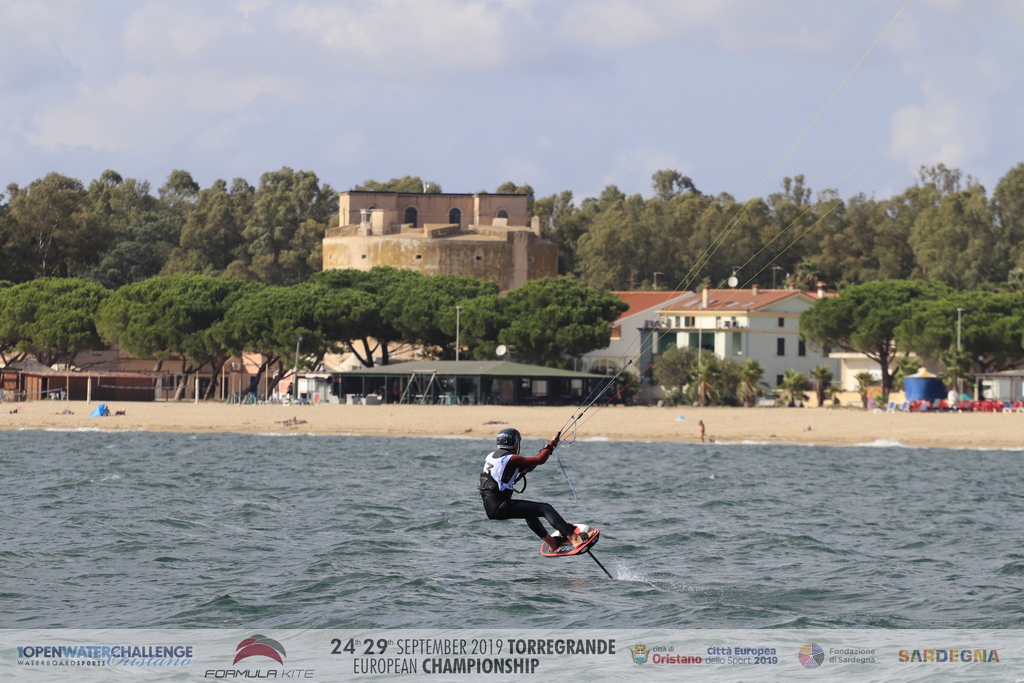 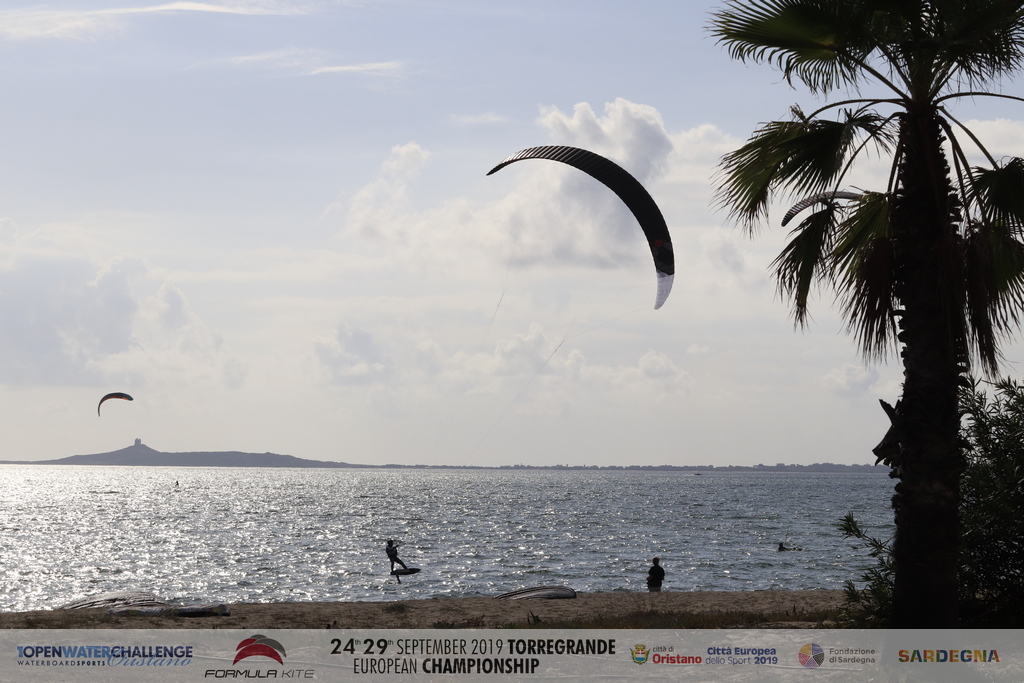 The regattas of the Absolute European Kite Championship started. Five tests on the first day and it will go on until Sunday!
Not even the time to leave and the show immediately comes alive! The races of the Formula Kite European Championship, the absolute European Formula Kite championship, have started today at the Oristano Open Water Challenge. Five tests were carried out during the day by the 90 athletes present in Torregrande and from 22 nations scattered throughout the world.
The male category was divided into two separate fleets, given the high number of starters. In the general classification it is the domain of Axel Mazella. For 4 times out of 5 he crossed the finish line first in his heat and, by virtue of the gap that allows him to eliminate today’s worst result (a second place) he firmly placed himself in the lead with 4 points. The provisional podium sees, in second and third place, two other Frenchmen: Benoit Gomez, with 6 points, and Theo De Ramecourt with 8.
Fourth is the German Florian Gruber and only fifth the leader of the Kite Foil World Series Toni Vodisek, with 10 points. After a day we therefore have 5 athletes grouped in just 6 points. The fight for the continental title will be decidedly compelling.
The Italians’ performances are also excellent, with Mario Calbucci eighth in the general classification and Alessio Brasili eleventh.
Among the women, instead start in a single fleet, dominated by the American Daniela Moroz, first with 4 points thanks to four successes on five races. Behind her, equal, the German Leonie Meyer and the Australian Justina Kitchen. Our Sofia Tomasoni also begins to take the “foot” with the Foil.
World, European and Olympic champion in the TT: R, is debuting in KiteFoil competitions. After the first day of racing he is in 24th place but we are confident he will be able to get back on top in the next days of competition.
The appointment is for tomorrow morning at 10.00 am with the riders meeting, to follow the first possible departure.