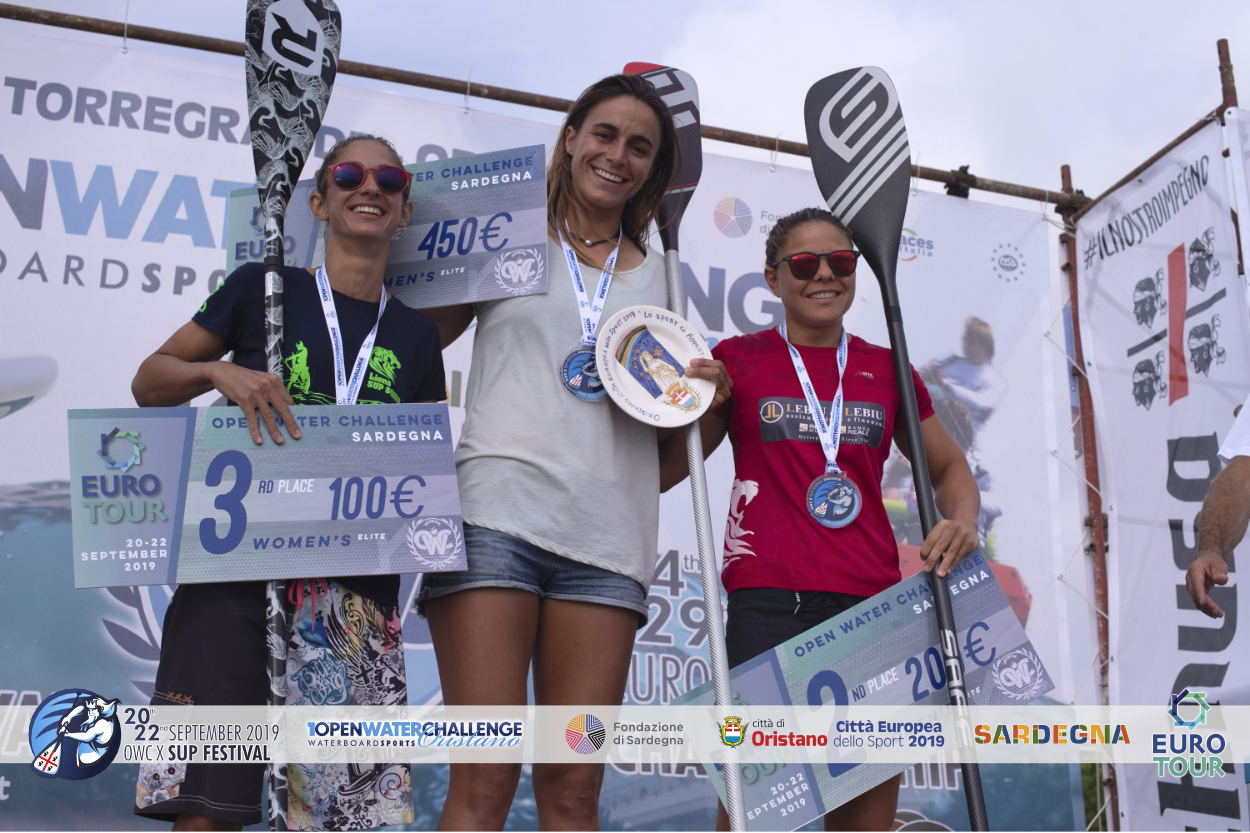 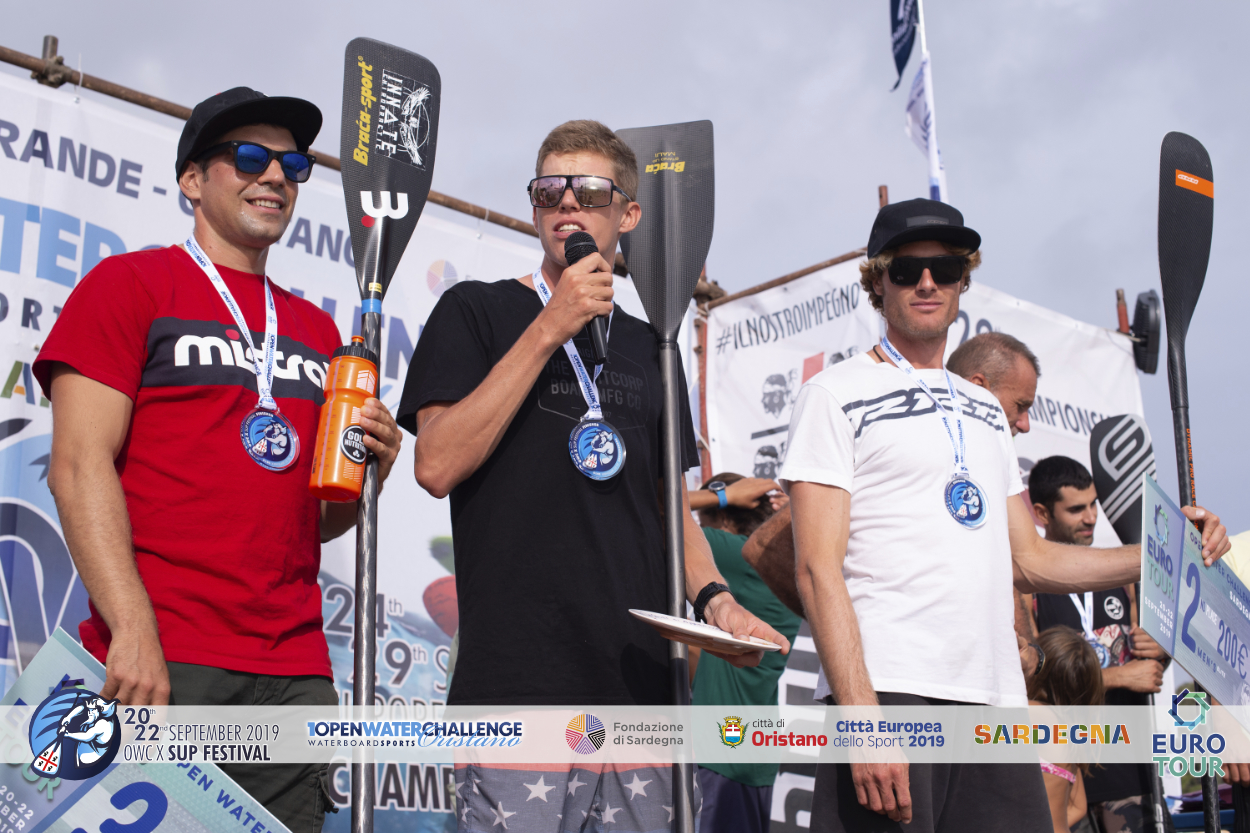 The first weekend of competitions of the tenth edition of the Open Water Challenge has come to an end. Bruno Hasulyo triumphs in the Long Distance valid for the 2019 EuroTour. The French Olivia Piana wins among the women.
From Tuesday, on their way to Oristano the athletes that will be competing until Sunday 29th in the Formula Kite European Championship

It ends with the victory of Bruno Hasulyo the first weekend of competitions at the tenth edition of the Open Water Challenge, the flagship event in the calendar of Oristano European City of Sport 2019. The Stand Up Paddle Long Distance, valid for the EuroTour 2019, the main SUP Racing continental competition that chose Oristano as Italian location for 2019, took place this morning.

The 14-km-long race, started at 1 pm from San Giovanni of Sinis and run along the ancient settlement (now archaeological site) of Tharros, a natural amphitheatre overlooking the sea and surrounded by the isthmus of Capo San Marco, and then ended in Torregrande.

At 12:30 pm the Tharros Cruise took off, the amateur 8 km race open, to adults and kids and boards of any type, material and length.

Today’s races draw to end of a weekend entirely dedicated to Stand Up Paddle, with SUP Clinics of Bruno Hasulyo and Oliva Piana and, yesterday, the Sprint Race and the Chrono Team Race open to Pro Riders and amateurs. The latter is a totally innovative format and saw the victory of the Team of Bruno Hasulyo, Martino Rogai and Paolo Marconi. Second place for Filippo Alberti, Francesco Mazzei and Riccardo Rossi. Third place for Olivia Piana, Daniele Concas and Giuseppe Carboni.

In the Sprint Race, for the male category Paolo Marconi wins over Bruno Hasulyo and Riccardo Rossi. Gold for Olivia Piana for the women category, followed by Paola Chessa and Simona Atzori.

But the Open Water Challenge goes on. Straight after the end of the SUP competitions the setting will change, and paddles will give way to the amazing kites of the Formula Kite champions!

World Champion, Frenchman Nico Parlier is definitely the athlete to beat, but against him, among the many other champions arriving at Torregrande there will be the Slovenian Toni Vodisek. At only 19 he has already won the first three stages of the KiteFoil World Series, in Gizzeria (Italy), Weifang (China) and Pingtan (China).

The Formula Kite European Championship comes just one week earlier than the other big event dedicated to KiteFoil: the Sardinia Grand Slam, the last leg of the KiteFoil World Series which will take place in Cagliari from 2nd to 6th October.

The joint objective between the two events has made Sardinia and Italy the protagonists of this discipline at international level for more than two weeks, a discipline recently included among the sailing classes to take part in the Olympic Games in Paris in 2024.