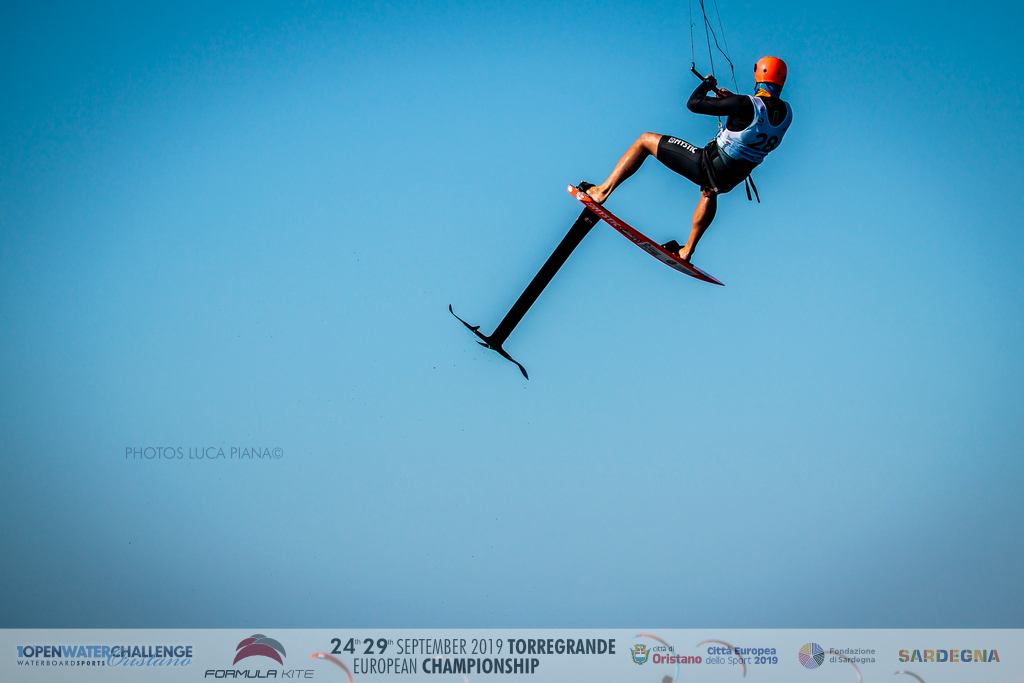 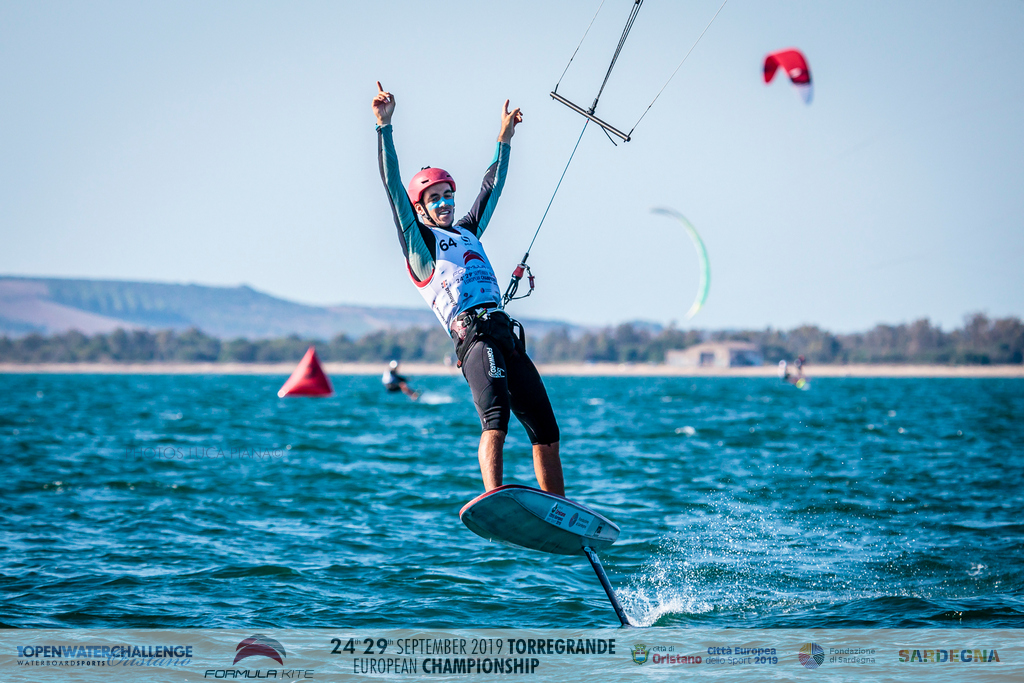 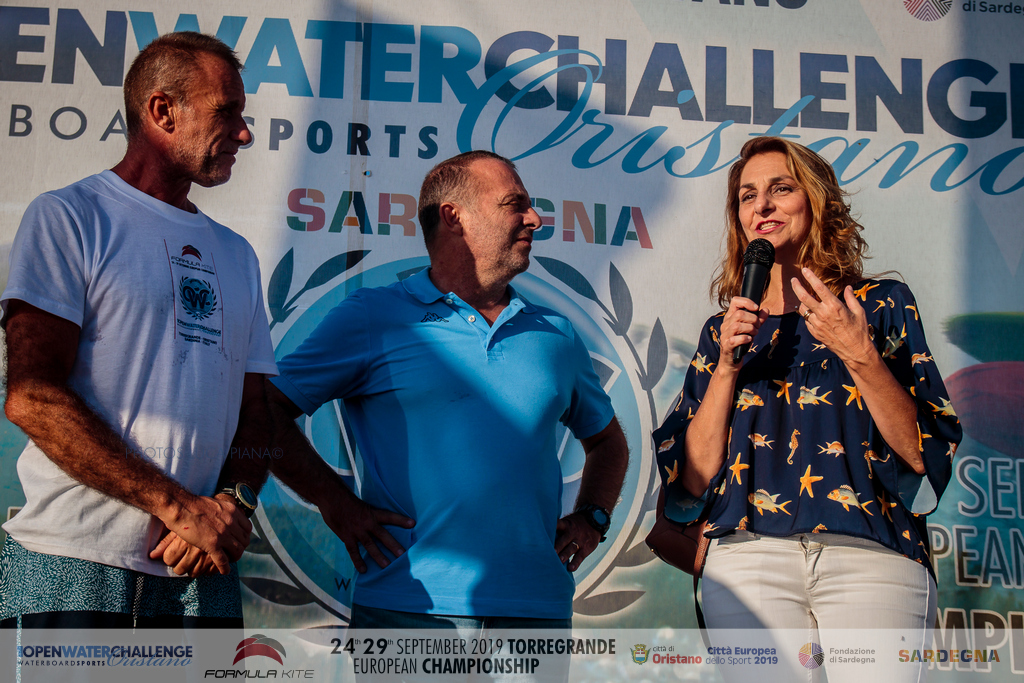 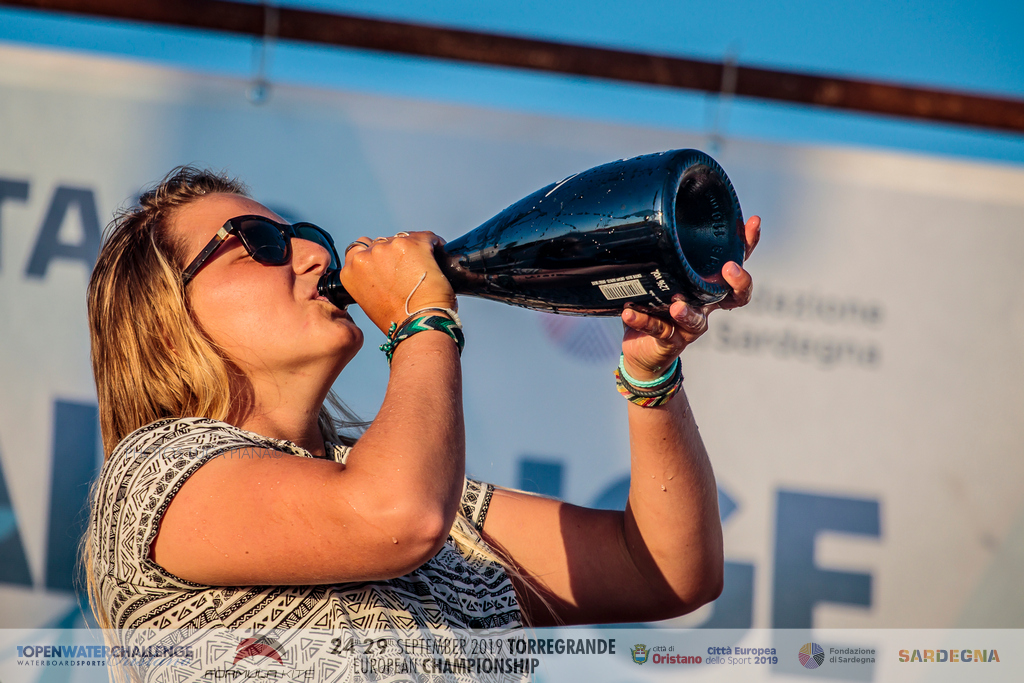 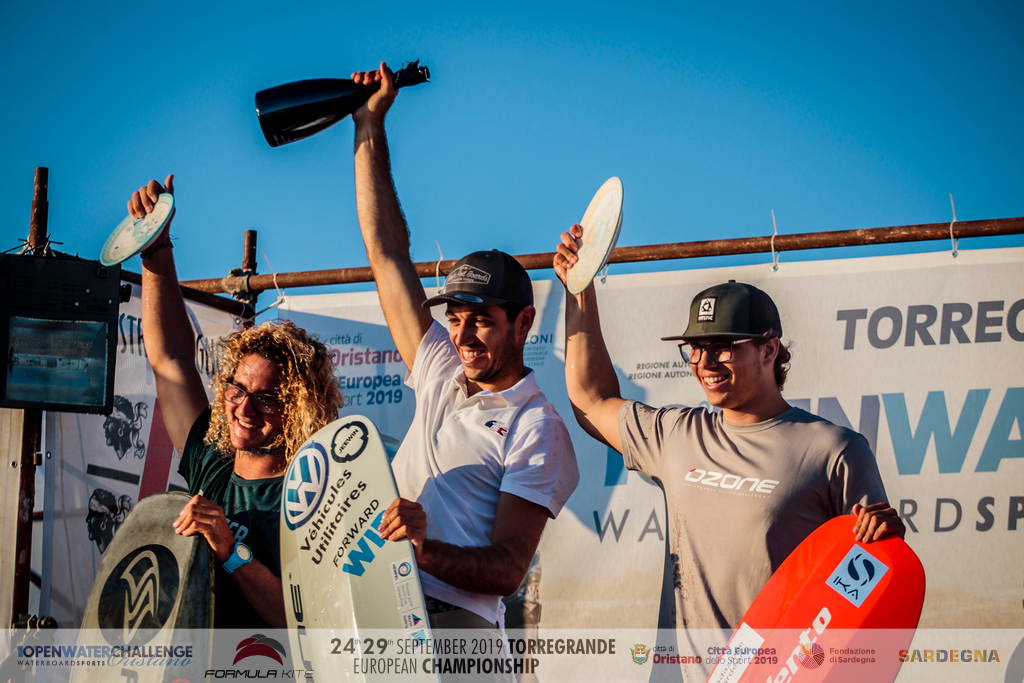 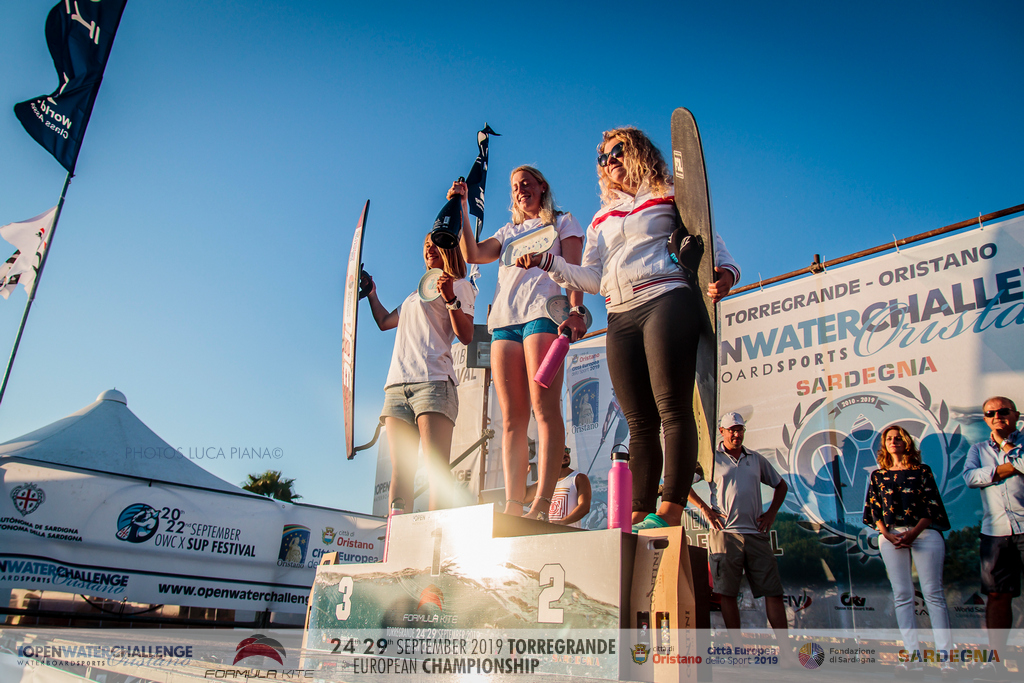 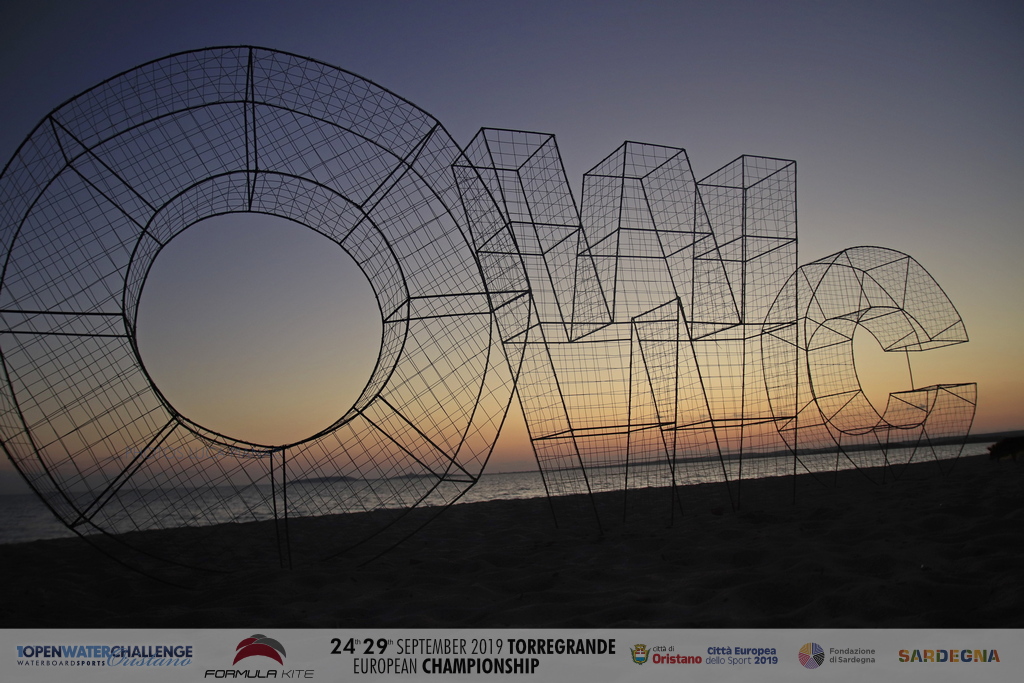 The 10th edition of the Open Water Challenge, the most important Italian event dedicated to the world of water sports and a landmark event in the “Oristano European City of Sport 2019” program, has ended in Oristano.
After the first weekend dedicated to Stand Up Paddle, with the only Italian stage of the EuroTour won by the Hungarian Bruno Hasulyo, from September 24th to today it was the turn of the Formula Kite European Championship.
The Absolute European Championship of Formula Kite, which brought together over 90 athletes from 22 nations around the world seemed to be in the hands of the current leader of the Kite Foil World Series, the Slovenian Toni Vodisek.
However, the last day of the race overturned the predictions by referring to the French Axel Mazella the title of European Champion. Only according to the Slovenian, author of a final surely not up to what was shown in the rest of the season.
Third was another French, Theo De Ramecourt, who in the first days of racing had proved to be in excellent shape, dominating the standings.
Really good performance of our Mario Calbucci, seventh classified, followed by Alessio Brasili in the thirteenth. Let the test of the very young Lorenzo Boschetti, twenty in the midst of so many “sacred monsters” of this discipline, bode well.
Among women, the domain of the American Daniela Moroz, first for the entire duration of the event. The European champion is Ellie Aldridge, winner of the official team relay test event which took place on Friday 27 September.
Good performance by the two Italians in the race, with Irene Tari twenty-second and Sofia Tomasoni twenty-fifth.
“It was ten days full of excitement and adrenaline – said Eddy Piana, organizer of the Open Water Challenge, who added – we had a dream, to make the tenth anniversary of the Open Water Challenge unforgettable and we think we have succeeded at least in part in reaching the target. From the outset we decided to raise the bar and aim for an international event. For the second year, thanks to the support of Euro Tour, we organized a continental Stand Up Paddle test. With the arrival of the Formula Kite European Champhinship we went even further. For the first time we have brought all the strongest Kiteboard athletes in the world to Oristano. The biggest thanks goes to all the staff who for the entire duration of the event worked hard and without stopping and to all the institutional and private partners who believed in the project. The appointment is for 2020 with the XI edition of the Open Water Challenge, the most important Italian event dedicated to the world of water sports “.
“What to say. Once again Sardinia has proved to be the undisputed star of the international Kiteboarding scenario – commented Mirco Babini, president of the International Kiteboarding Association, who added – in the year of “Oristano European city of sport” we wanted to bring our own here the Absolute European Championship of Formula Kite. We succeeded and the result was a unique show. Over 90 athletes from 22 nations distributed on all 5 continents, thanks also to the conjunction with the Sardinia Grand Slam, the last stage of the Kite Foil World Series scheduled in Cagliari from 2 to 6 October. We are certain that this area of ​​Sardinia will continue to be the protagonist of the path that will accompany the kiteboard to the Olympic appointment in Paris 2024 “.