Appointment with the history for Italy, Sardinia and the province of
Oristano. From 11st to 17th October 2021 will take place the first World Championship of
Formula Kite with the format that will debut at the Paris 2024 Olympic Games

Italy and Sardinia continue to be the undisputed protagonists of the path that will take the
Kiteboarding to debut at the Paris 2024 Olympic Games. After hosting, in September 2019, the
very first test event of the “team releay” (the relay race with which you will compete in the Olympics), the beach
of Torregrande (Oristano) is preparing to welcome even more international appointment
prestigious.
From 11st to 17th October 2020 the Formula Kite Mixed Team Relay Worlds will take place. That is, the
first edition of the World Championship “IKA – International Kiteboarding Associations” and realized
with what will be the Olympic race format.
Last year the event, which was continental in scope, attracted almost 100 athletes.
thus becoming the most important event within the programme of events of
“Oristano European City of Sport 2019”.
Among the athletes who took part in the event, and that we will see again in the waters of the Gulf of
Oristano in October, there were: the European champion Axel Mazella, Daniela Moroz, dominatrix
undisputed in the international panorama of women’s kiteboarding, and the youth Olympic silver medal in the
2018 Toni Vodisek.
The declared objective of this path of collaboration between International Kiteboarding
Association and the organization of the Open Water Challenge is to make Oristano, the Sardinia
and the Italian kiteboarding scenario a fundamental pivotal point in the four-year program
Olympic, able to contribute to writing a really important page in the history of this
discipline.

We are getting closer and closer to the event of the year in Torregrande. A week of fun on the beach with Windsurf, S.U.P. and the highlight with the Formula Kite European Championships. Furthermore there will be musical concerts and a village with food and wine proposals of the territory.

If you want to participate as an athlete, spectator or want to stay updated. You can contact us via email and social media by clicking on the buttons below. 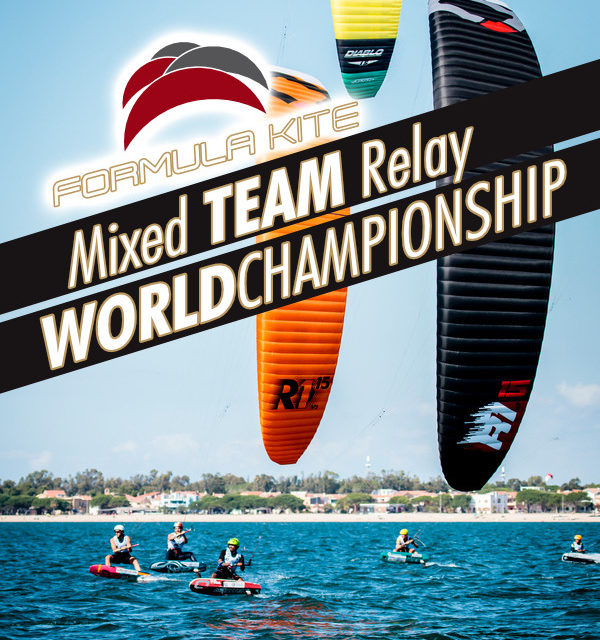